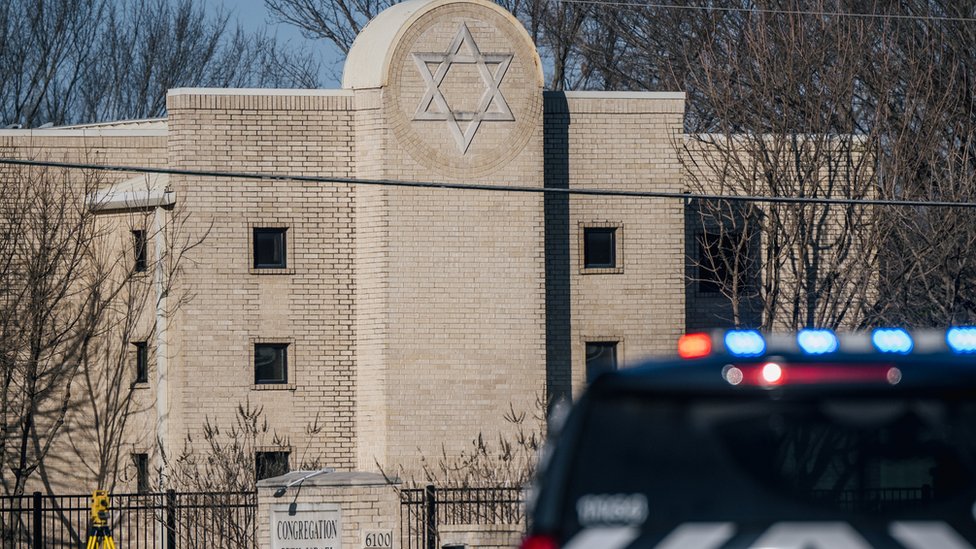 Synagogue Attacker Should Not Have Been Let Into US Due To Criminal History, Says Brother

After the Saturday synagogue hostage crisis in Texas, the attacker’s brother claimed that the incident could have been entirely avoided if Malik wasn’t let into the US with his criminal history taken into account.

According to his brother, Malik Faisal Akram, the attacker who was killed after an 11-hour hostage standoff in a reform synagogue, reportedly had a criminal history and was known to UK police. Gulbar Akram, Malik’s brother, told Sky News that his brother had a criminal record, and questioned how he was issued a visa.

Gulbar said, “He’s known to police. Got a criminal record. How was he allowed to get a visa and acquire a gun?” He added that he “should never have been able to get through immigration…someone helped him. He shouldn’t have been able to board a plane without any stringent checks.” Gulbar has also been quoted as saying that his brother suffered from “mental health issues.”

As it stands, Malik had an exclusion order created against him in 2001, banning him from Blackburn magistrates court, after he said that he wished a court usher had been a passenger on the planes flown by terrorists into the Twin Towers and Pentagon on 9/11.

With this particular 9/11 centric criminal history, numerous US citizens raised questions as to how he was even let into the country in the first place.