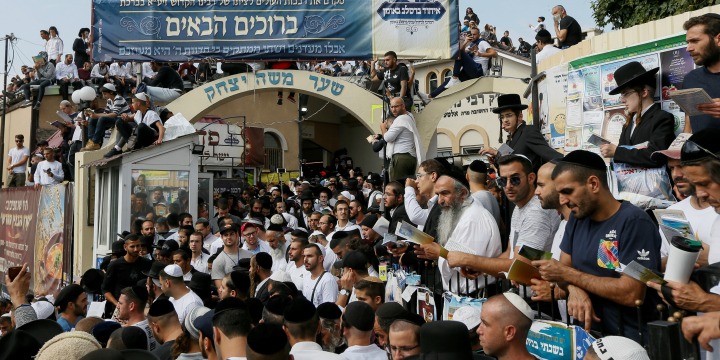 Taking Lessons From Meron, Uman Equips Itself To Prevent Any Tragedy

As the Jewish community across the globe readies itself for Rosh Hashanah and the subsequent visit to Uman, Ukrainian government officials and the administrators of Ichud Breslov B’Uman, have ensured that the holy site is equipped with safety measures in case of an event similar to the Meron tragedy that claimed several lives and set off a frenzy.

Furthermore, in the wake of the Meron disaster, Ukrainian officials are putting much effort into implementing various safety measures ahead of Rosh Hashanah. They are especially concerned about the mass recital of the Tikkun Haklali at chatzos on Erev Rosh Hashanah, when tens of thousands of mispallelim gather together at the same time. They are also implementing a “revolving gate” method for mispallelim to enter Rav Nachman’s kever on erev Rosh Hashanah to prevent too many people from entering at once.

As it stands, on Rosh Hashanah, tens of thousands of Jews from Israel and elsewhere descend on the small Ukrainian city of Uman to celebrate the Jewish new year. Uman is the burial place of Nachman of Breslov, the founder of the Breslov Hasidic sect, and visitors believe reciting a particular selection of the Book of Psalms at his graveside has particular power.