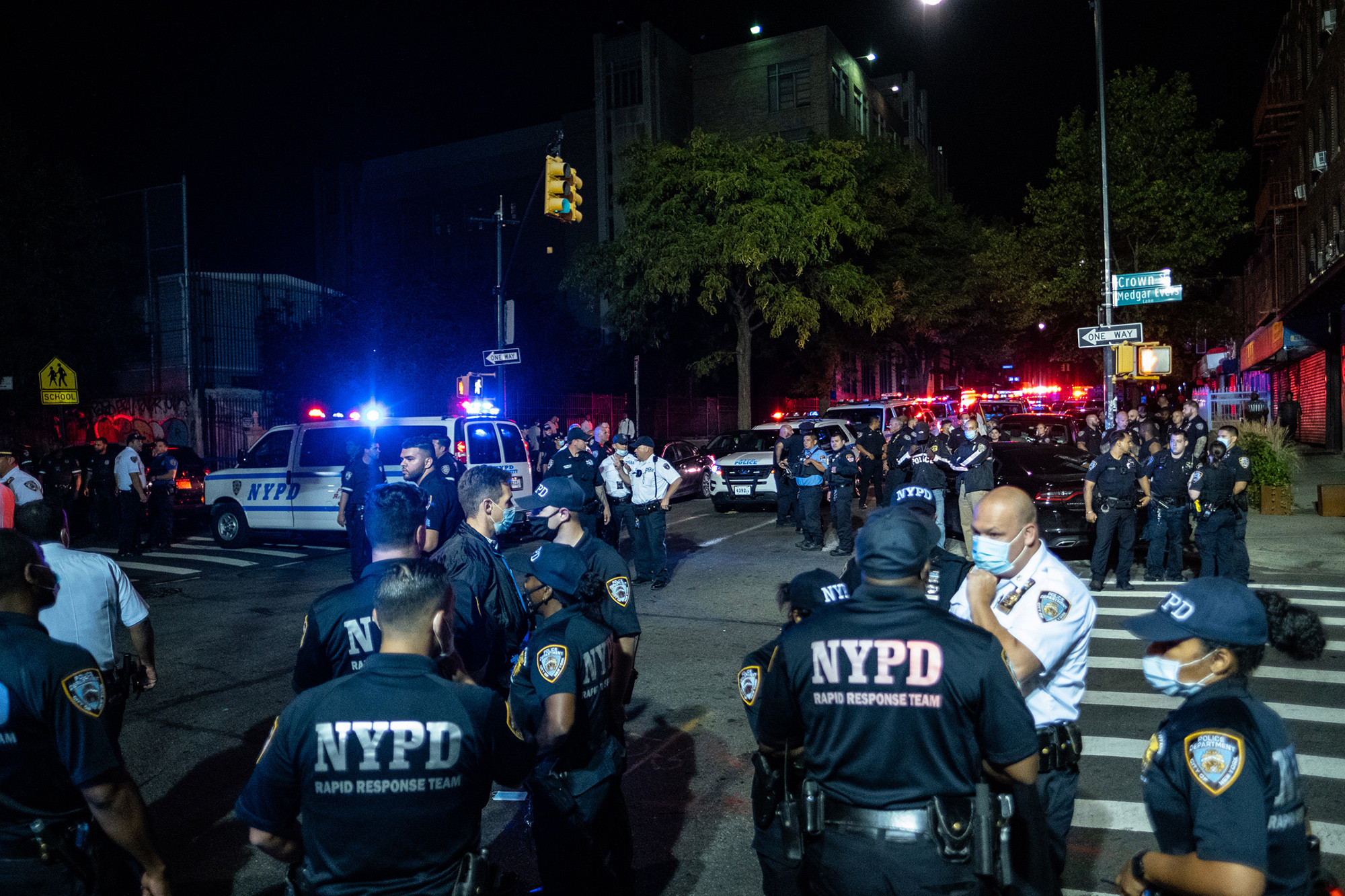 Teen Charged With Attempt To Murder For Brooklyn J’Ouvert Shooting

Charged for shooting 5 victims during the J’Ouvert celebrations in Brooklyn on Monday, a 15-year old boy has been detained on grounds of felony assault, weapon possession, and attempt to murder.

On Tuesday, Police upgraded the charges against the 15-year-old boy for the bloody J’Ouvert shooting in Brooklyn that left five people, including a 6-year-old boy and his mother, wounded in a hail of gunfire.

Identified as Donovan Bailey, NYPD Commissioner Dermot Shea, along with other officers upped the charges on the teen from the initial weapon possession charge, to additional charges including attempt to murder. Police nabbed Bailey and 21-year-old Noel Kervins at the scene. Kervins was charged with weapon possession and on Tuesday ordered held on $25,000 bail. Kervins has denied taking part in the shooting, his attorney Adam Cole said. “He denies the allegation and it does not appear he’s in any way connected to the shooting,” Cole said.

The incident that took place at 2:54 a.m. near the corner of Nostrand Ave. and Crown St. in Crown Heights on Monday, led to injuries among 5 victims present, one of whom was a 6-year-old boy. The boy was shot in both legs, his mother, Patricia Brathwaite, told reporters Monday night. A bullet shattered his femur, requiring surgery. Brathwaite, 47, and a 40-year-old man were both shots in their left foot, and a 45-year-old man and a 34-year-old man were each hit in their right leg, cops said. All five victims are expected to recover.

During Tuesday’s arraignment, Brooklyn Assistant District Attorney Wilfredo Cotto explained, “The officer began running northbound toward the shooting scene and observed [Kervins] walking southbound. He had both hands in front of his body, using his hands to wrap an object in a red silk flag. The officer observed the object appeared to be a firearm and turned toward the defendant and he began running towards the shooting scene. The defendant is subsequently apprehended and the firearm was recovered in the red silk flag.”

It is yet to be confirmed whether the assailant will be charged in a juvenile or adult court.