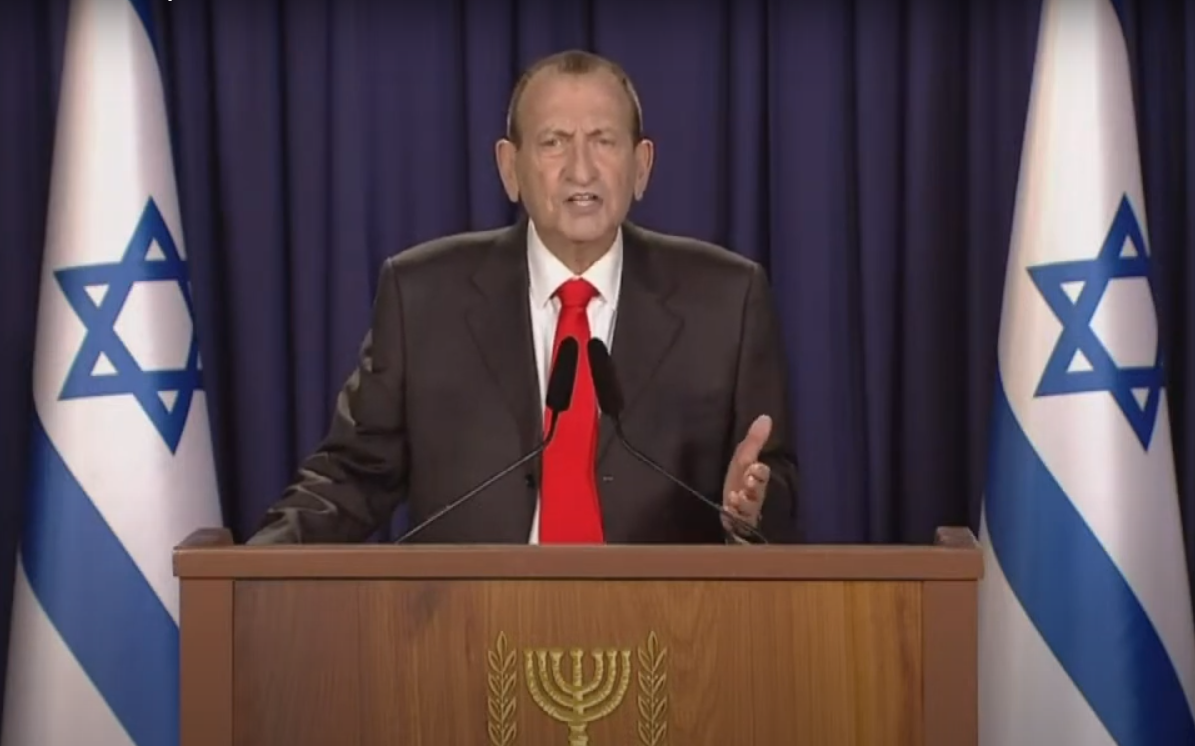 Ahead of the upcoming elections in Israel, which are slated to take place in March, on Tuesday, Tel Aviv Mayor Ron Huldai launched a new center-left political party called ‘The Israelis’, whilst publicly recruiting Justice Minister Avi Nissenkorn as his second-in-command.

In a crusade against Prime Minister Benjamin Netanyahu and his right-wing roots, Huldai, in his speech announcing the new party said he could not “stand idly by” as Israel is led by a “crazy” right-wing government, which he charged was eroding the country’s core values and threatening its democracy. He went on to say that Israelis have grown accustomed to Prime Minister Benjamin Netanyahu’s alleged corruption and divisive style of leadership, and vowed he will get Israel out of its current “despair.”

The 76-year-old veteran Mayor of Tel Aviv said, “We have grown accustomed to a crazy government. I will no longer stand idly by, I am here to announce a new party. We can stop with despair. I’m doing this for my children, and mainly for my grandchildren. Israel can and must be run differently,” he said, declaring himself as the true alternative to Netanyahu. Huldai’s new party will stand amidst a cluster of parties seeking the center-left vote, including Yesh Atid, Labor, Meretz, and a new party being set up by former Yesh Atid MK Ofer Shelah.

Joining Huldai during his announcement was Avi Nissenkorn, who earlier in the day announced that he was leaving the Blue and White party to join ‘The Israelis’. Moving on, Huldai promised that his party will safeguard democracy and the justice system, create socially-minded reforms, care for small businesses, for women’s and minorities’ rights, and oppose religious coercion and rampant violence in the Arab community.

Apart from this, Huldai also declared his opposition to the closure of mini-markets on Saturdays and added that he will oppose attempts to annex parts of the West Bank, a measure supported by the right-wing camp.

In reaction to the announcement, the Likud party responded in a statement saying “We wish Gantz and Huldai luck while Prime Minister Netanyahu brings millions of vaccines to Israel, gets Israel out of the coronavirus crisis and revives us.” Likud has also lost four members in the recent political turmoil leading up to the 4th elections in two years, with Gideon Sa’ar, a longtime lawmaker for the party, announcing a party called ‘New Hope’.