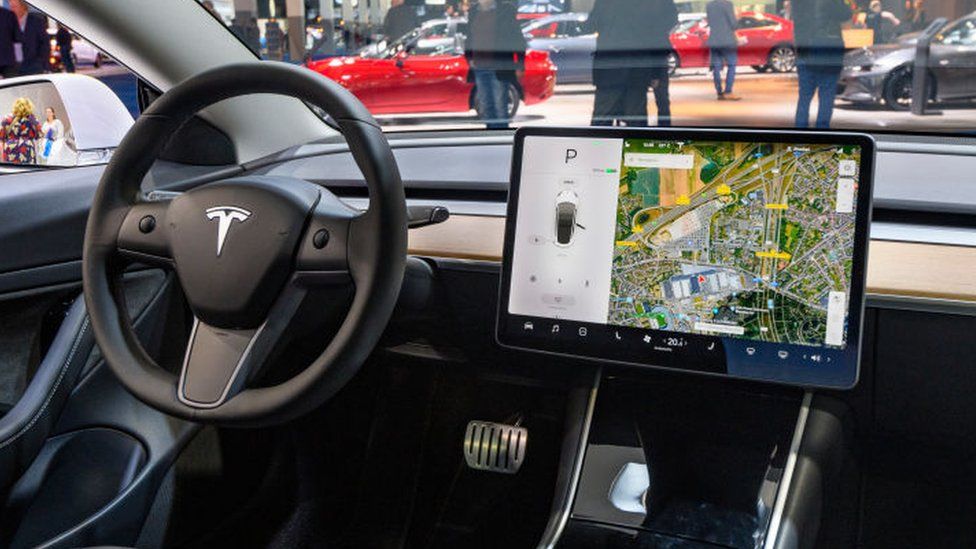 Tesla’s autopilot-enabled cars in the US can now read speed limit signs and detect green lights, following a new software update. The vehicle can now, successfully generate a speed limit warning on the dashboard, and can also send a notification if the car is stationary at a green traffic light.

One of the most advanced self-driving cars in the world, Tesla cars now have an important addition to it’s existing top-notch technology. Tesla founder Elon Musk has said the firm could build fully self-driving cars without steering wheels or pedals as early as 2021. The new features were rolled out in the latest update of Tesla’s “full self-driving” version of Autopilot.

Already enabled with the quirks of slowing down at red lights and stop signs, the cars can now, effectively decipher speed limit signs as well. In July 2019, Tesla’s website advertised the “full potential for autonomous driving” including automatic driving on motorways – although it has always maintained that its Autopilot is not designed to be a complete substitute for a human driver.

Previously in partnership with Mobileye, a few technological updates had already equipped the car models with speed-limit sign recognition. Between 2013 and 2016, the Israeli maker of camera sensors and software supplied Tesla with this technology for the Autopilot feature used in its Model S and Model X vehicles. But in July 2016, the companies ended the relationship, citing the first reported Autopilot fatality as a catalyst for the fallout.

Owners of cars built under the partnership had complained road signs were sometimes inaccurately interpreted. “Vehicles would not register a speed limit sign at all or drive at excessive speeds,” reported Tesla blog, Teslerati.

Tesla’s latest software update applies to Autopilot cars made after 2016, which are not fitted with Mobileye cameras.