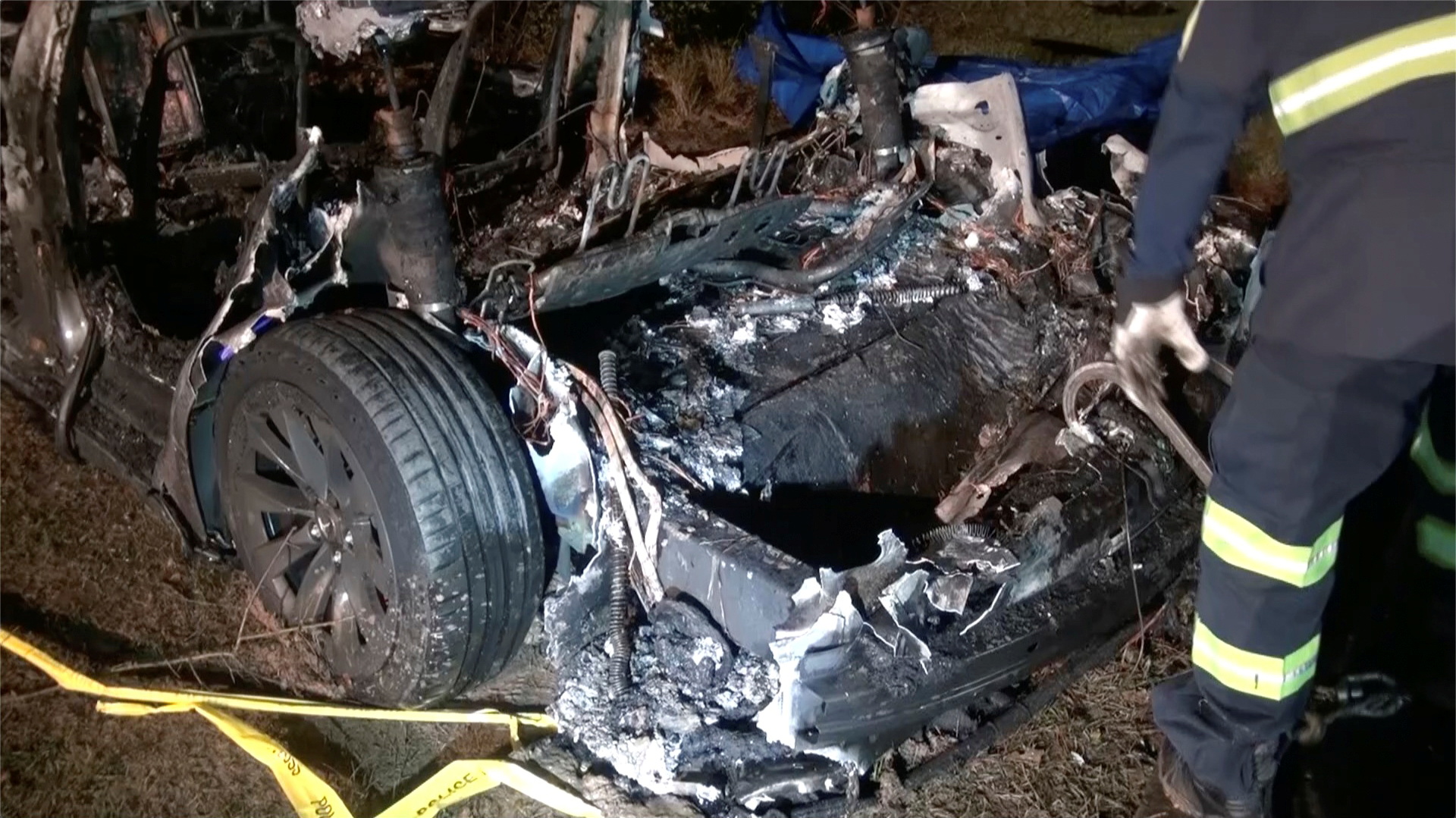 A fatal Texas car crash that has landed Tesla in hot water since the past week, has now taken another turn with the carmaker saying that there may likely have been someone at the wheel of the self-driving car.

Lars Moravy, Tesla’s vice president of vehicle engineering, on an earnings call on Monday said that company representatives were able to inspect the crash, along with local law enforcement and investigators from the National Highway Traffic Safety Administration (NHTSA) and the National Transportation Safety Board (NTSB). Moravy said the company was able to determine that the steering wheel was “deformed,” leading them to conclude there was someone in the driver’s seat at the time of the crash.

The electric car manufacturer owned by Elon Musk said contrary to previous reports, the Tesla Model S involved in the crash did not have the Autopilot feature engaged at that time, and that there are hints that someone must have been behind the wheels of the car. “It was claimed to be autopilot, but this is completely false,” Tesla chief Elon Musk said after the EV maker clarified on Monday about earlier reports that the car was not being driven by any person when it had crashed on April 17, killing two people.

All seatbelts post-crash were found to be unbuckled,” Moravy added. Tesla’s advanced driver assist system, Autopilot, can only operate when the seatbelts are buckled. Moravy said that Tesla was unable to recover the SD card from the vehicle, but that local law enforcement was working on getting that to the company. “We continue to hold safety in a high regard and look to improve our products in the future, through this kind of data and other information from the field,” he added.

In the same call on Monday, Musk slammed the “deceptive media practices,” claiming that Autopilot was not in use at the time of the Texas crash, and slamming journalists for saying otherwise. “Those journalists should be ashamed with themselves,” Musk said. He maintained that journalists are unfairly focusing on his company for sensationalist reasons and questioned why the numerous standard road deaths that occur every day are not covered as vigorously.