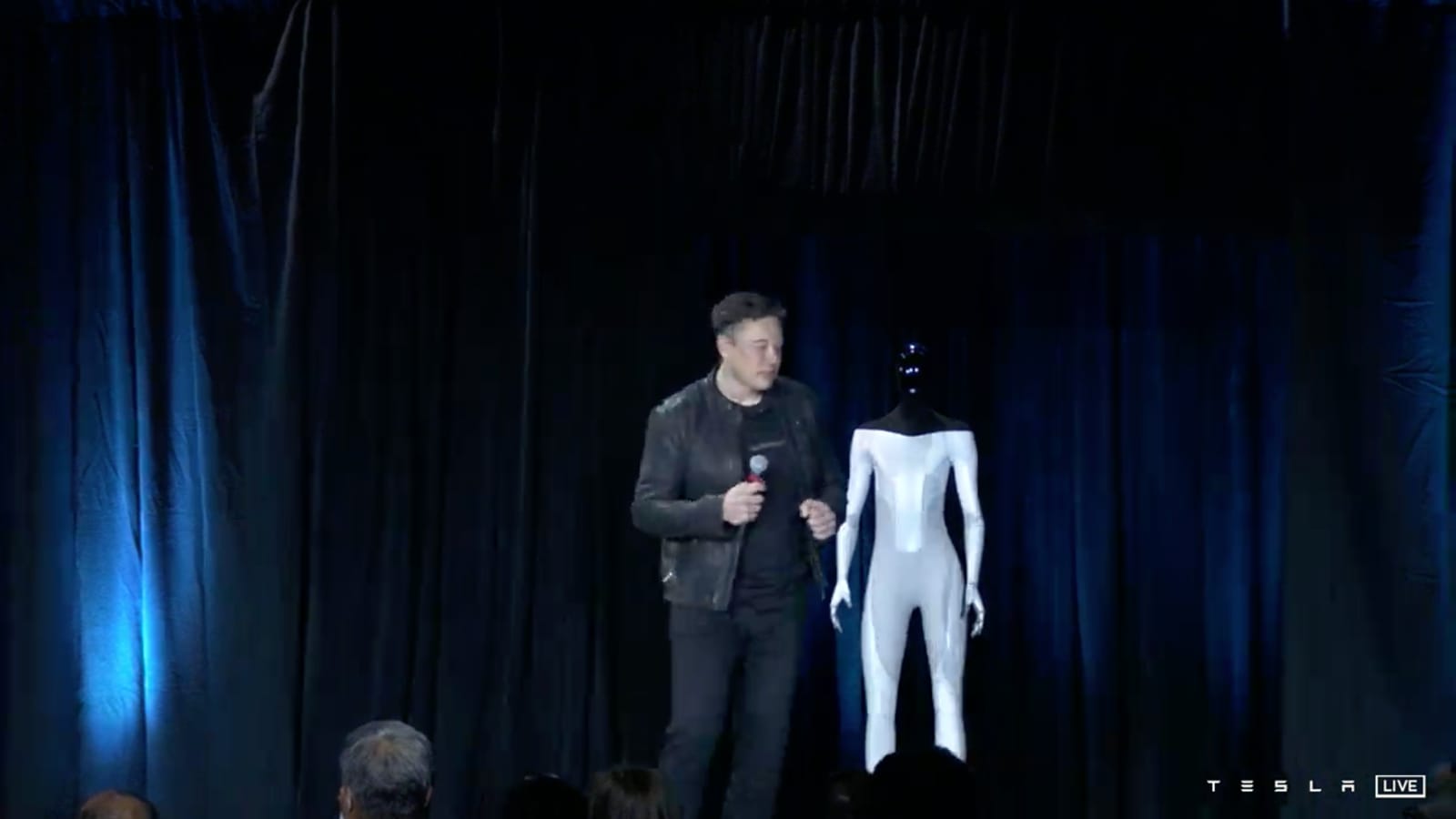 In an announcement that made the tech world go crazy, Elon Musk on Thursday night stated that Tesla is currently working on a humanoid robot- a prototype of which may be ready by next year.

After venturing into the space and automobile industries, Musk is ready to take things on another level- as is his usual habit. On numerous occasions, Musk has spoken about his fear of Artificial Intelligence, but on Thursday he claimed that Tesla is “intended to be friendly,” and is designing the robot at a “mechanical level” so that “you can run away from it, and most likely overpower it.” It will be five feet, eight inches tall, weigh 125 pounds, and have a screen for a face. The code name for the bot inside the company is “Optimus,” he said.

The humanoid robot, which will be named ‘Tesla Bot’, will use most of the tools that are used in Tesla vehicles such as sensors, cameras, and various other tools to navigate the outside world. As it stands, The Tesla website has already listed the robot. It says that the humanoid robot will be capable of performing tasks that are “unsafe, repetitive or boring”.

Making the announcement during Tesla’s first AI day, Musk said that building a robot is a logical next step for Tesla as it is already the world’s biggest robotics company. “We’re making the pieces that would be useful for a humanoid robot, so we should probably make it. If we don’t, someone else will — and we want to make sure it’s safe,” he added.