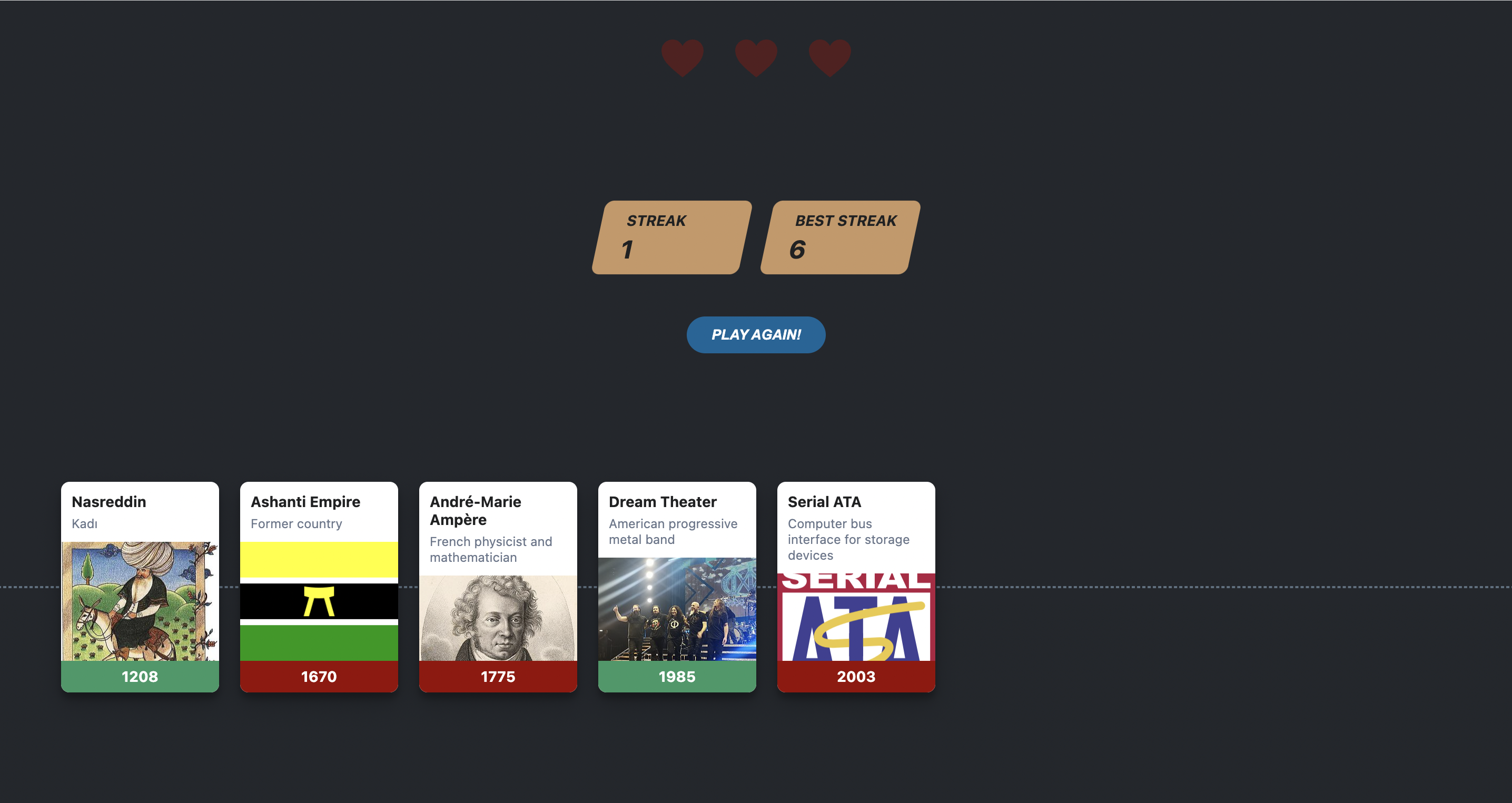 Test Your History Knowledge With Wikitrivia

How good are you with historic timelines? It’s time to find out with Wikitrivia’s history game created  by Tom Watson, who describes it on his site as “Wikidata as a trivia card game.”

The new game was brought to the attention of the tech world with Watson’s Tweet where he called it an “online clone of the card game Timeline.” So if you’re looking for ways to spend time while trying to up your knowledge of historic events and timelines, this is the not-so-flawless game for you.

Playing it is really easy: the webpage gives you a card that represents something that has a date, which is pulled from Wikidata. You then have to put the card in the correct place in the timeline, where one other event is placed already. You’re allowed three mistakes, which are represented by hearts, and you’ll lose one if you put a card in the wrong place. Losing all your hearts will end your streak and force you to restart with a new timeline.

The game isn’t quite mobile-friendly and would work best on either a tab or a laptop/PC. Meanwhile, the page also calls on users to make any necessary corrections to Wikipedia or Wikidata itself, which could end up making answers across the web more accurate — for example, Google sometimes pulls data from Wikipedia for its knowledge panels, so errors may end up being reflected there unless they’re fixed.

So go ahead, let the history buff in you come alive!