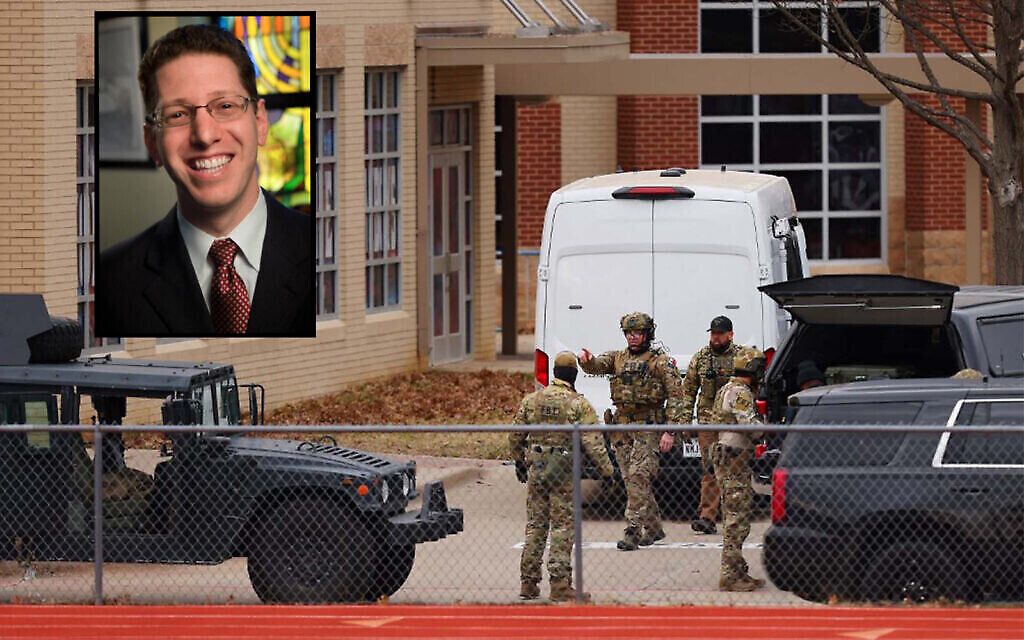 Shortly after he emerged safe from Saturday’s worrisome hostage situation at a Synagogue in Texas, Rabbi Charlie Cyton-Walker expressed his relief saying “I’m grateful to be alive,” after the 11 hour ordeal at the Congregation Beth Israel in Colleyville, where three other congregants were also held captive.“I am grateful that we made it out,” he added.

The Rabbi further went on to express his gratitude towards law enforcement officers, first responders, the CBI and the global Jewish community. The Jewish and Israeli communities, as well as local, national and international leaders, followed the situation closely, saying prayers for the hostages throughout the crisis.

“We are living in dangerous times,” said World Jewish Congress President Ronald S. Lauder. “This latest attack is proof that we cannot afford to become complacent. We must continue to tackle this age-old hatred head-on.”

CEO of the Conference of Presidents of Major Jewish American Organizations, Willliam Daroff, told JNS that it is “incredibly distressing to think about the fact this could be any single synagogue in America and could be any of us, any of our rabbis or any of our children in Jewish schools. “It is a reality of the times we live in that there is danger from the far-left, the far-right and Islamic extremists,” he said.

On Sunday, the FBI named Malik Faisal Akram, a 44-year-old British citizen, as the perpetrator. The hostage-taker claimed he was acting on behalf of is Aafia Siddiqui, who was convicted in 2010 of attempting to kill U.S. service members in Afghanistan. She is imprisoned at FMC Carswell, a federal prison in Fort Worth. Akram was shot dead by an FBI SWAT team, ending the standoff and leading to the release of the final three hostages.