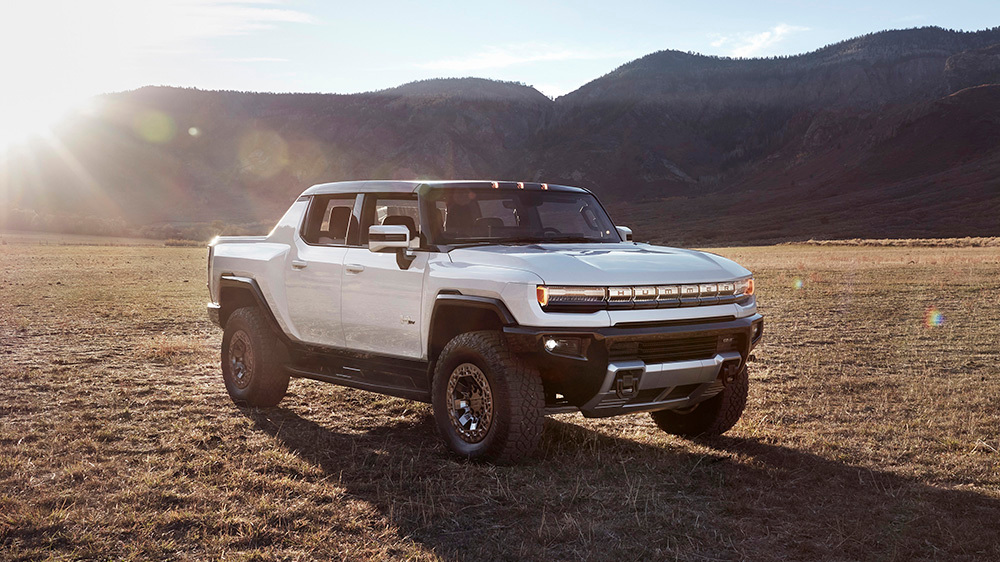 The 2022 Hummer EV Supertruck Is Now Open for Reservations

One of the most dazzling announcements by GMC this year, the Hummer EV is worthy of the title of being an “electronic super truck”, thanks to its 350-mile range with three electric motors, 1,000 horsepower adjustable air suspension, and a diagonal driving feature called “Crab Mode. Now open for reservations, the car is set to go into production in the fall of 2021, with customer deliveries shortly after that.

Sporting a hefty price tag, the ultra-loaded Edition 1 pickup will cost $112,595, followed by additional configurations starting at $79,995, $89,995, and $99,995. Apart from its loaded motor set-up, the vehicle comes with impressive equipment including an air suspension, lots of off-road goodies, a large infotainment screen, and special visuals including white exterior paint, a black roof, and bronze wheels.

The new super truck that is now open for reservations will be made and sold under the GMC brand at GM’s Detroit-Hamtramck factory, now ‘Factory Zero’, which the automaker has funded with a whopping  $2.2 billion for the mass-production of electric vehicles. All-in-all, GMC is truly spending the big bucks on the upcoming super truck, right from its production to its endorsements featuring LeBron James, fresh off his recent NBA championship win.

The truck is also equipped with a one-of-a-kind feature called the crab mode, in which the rear-wheel-steering function enables all four wheels to turn in the same direction and move the vehicle sideways. GMC says the feature, which is designed for “even greater maneuverability on challenging terrain,” is only available at “low speeds.”

GMC claims that the Hummer EV will have the capability to charge at rates of up to 100 miles in 10 minutes — which translates to a full charge in less than 40 minutes. This charging time is possible by using an 800-volt charger with a peak charging rate of over 300 kW.

Reservations are open now for the Hummer, at the cost of $100. These will be done through dealerships and will allow customers to select their preferred trim level, meaning the reservations aren’t just for the first allocation of Edition 1 model, but for all other models that are to follow.