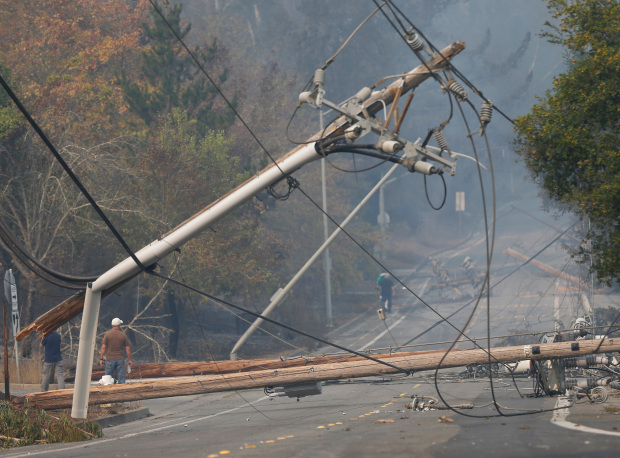 In a statement by Southern California Edison, it has been pointed out that there is a strong likelihood that one of the biggest fires in California, may have been caused by tree branches falling and hitting power equipment.

Southern California Edison, in a letter, addressed to the California Public Utilities Commission stated that investigators from the U.S. Forest Service have taken a 23-foot-long line of conductor belonging to the utility, an “H-Frame structure” with two power poles and three tree branches. As reported by Fox News, the letter came after the utility filed another notice with the agency saying there was an “incident” on their grid around the time of the Bobcat Fire that started on Sept. 6.

Elaborating on the events that transpired on the very same day, the SCE said that before the blaze was reported near the Cogswell Dam in Angeles National Forest at 12:21 p.m., the utility had experienced a “relay operation” on the company’s Jarvis 12 kV circuit out of a nearby substation. Substantiating this further, SCE also claimed that cameras in the area showed smoke was already developing around 12:10 p.m. before the grid incident.

This being said, the SCE is also looking into a prospective weather factor that may have caused the wildfire to rage, looking for conclusive evidence of the same. The letter specified this intention, stating, “whether vegetation may have encroached within the minimum clearance distance or contacted the section of the overhead conductor retained by USFS.”

One of the worst set of infernos that the Western state has ever seen, this year’s California fires have incinerated more than 4 million acres in 2020, a new record. Over 12,600 firefighters continue to battle 14 major and six large blazes in the state.