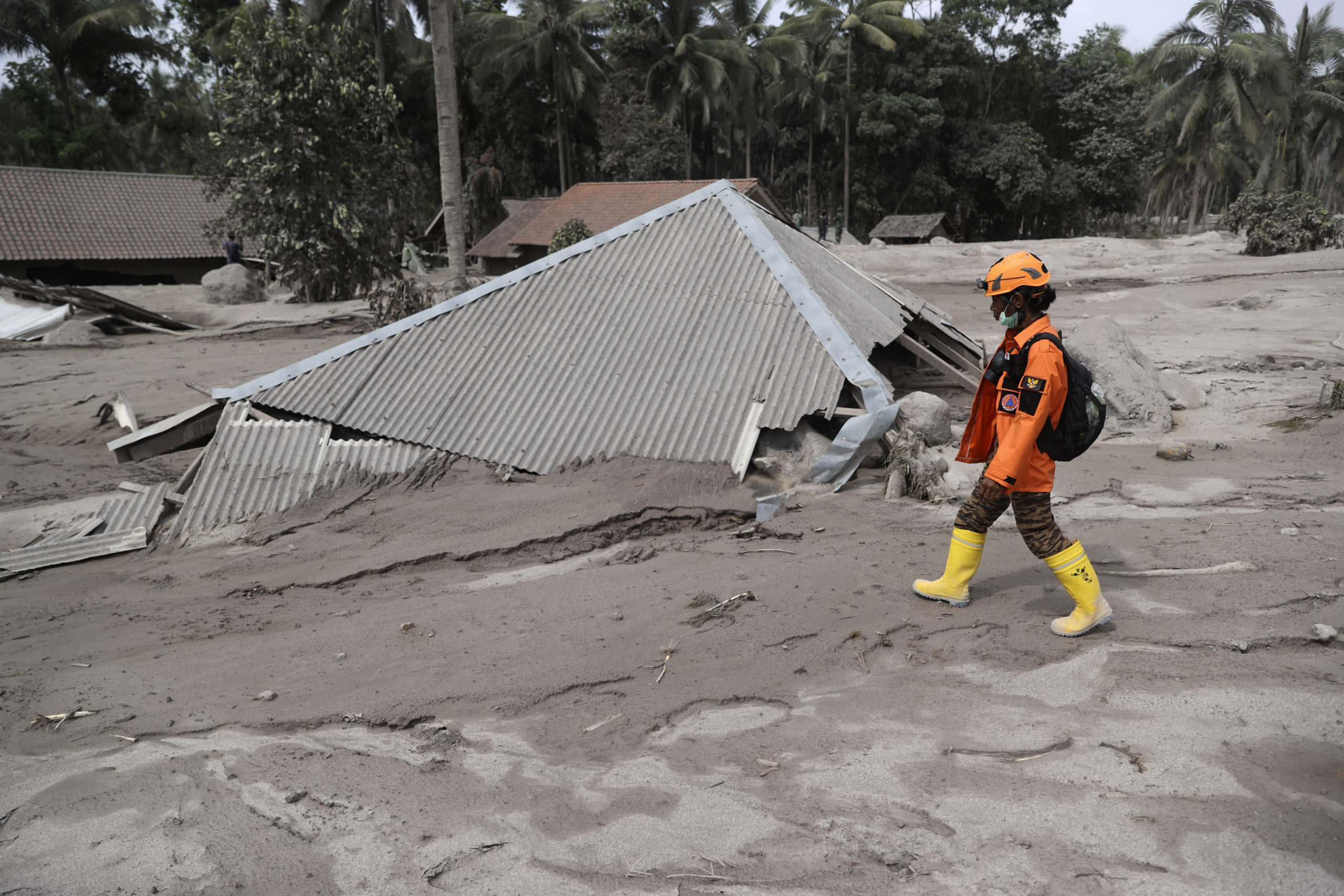 The death toll of the Indonesia volcano eruption rises to 13

The number of people killed in the eruption of a volcano on Indonesia’s most densely populated island of Java has risen to 13.

The local officials on Sunday also revealed that seven people are also missing due to the eruption.

According to reports, Mount Semeru in Lumajang district in East Java province spewed thick columns of ash more than 12,000 meters (40,000 feet) into the sky, and searing gas and lava flowed down its slopes after a sudden eruption Saturday triggered by heavy rains.

Due to the eruption, several villages were blanketed with falling ash.

Eko Budi Lelono, who heads the geological survey center explained a thunderstorm and days of rain, which eroded and finally collapsed the lava dome atop the 3,676-meter (12,060-foot) Semeru triggered the eruption.

Mahari said rescuers were still searching for seven residents and sand miners along a river in Curah Kobokan village who was reported missing.

Moreover, Muhari said entire houses in the village were damaged by volcanic debris and more than 900 people fled to temporary government shelters.