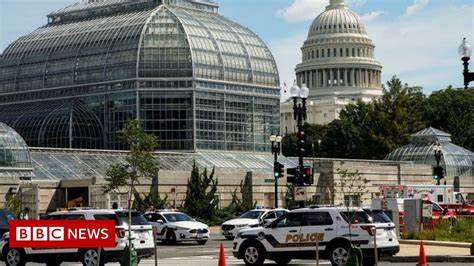 The driver of a pick-up reportedly loaded with explosives parked on Capitol Hill on Thursday has surrendered to DC Police.

The DC Police identified the suspect as 49-year-old Floyd Ray Rosenberry who surrendered to the police several hours after negotiations for his surrender.

After Rosenberry’s surrender, the police immediately checked on the car which was parked near the Capitol and the Supreme Court if indeed it is filled with explosives.

It was learned that the pickup incident came months after a pipe bomb was left at the headquarters of the Democratic National Committee and the Republican National Committee in Washington a day before thousands of pro-Trump rioters stormed the U.S. Capitol on January 6.