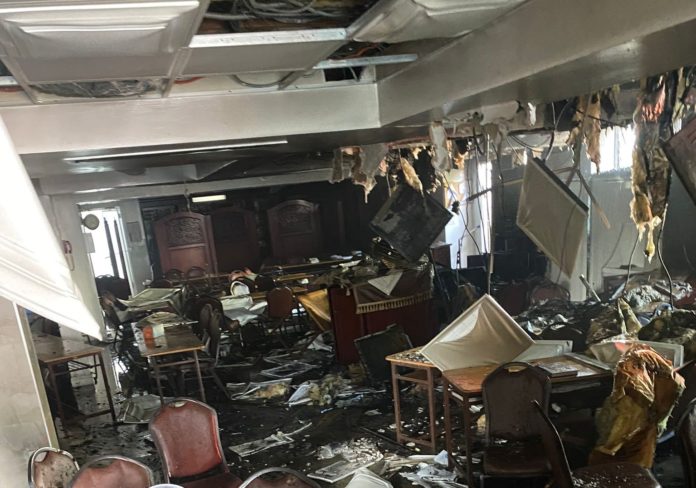 The Famous Kew Gardens Hills Shul Was Destroyed In A Fire

On Thursday afternoon, a popular shul in Queens went up in flames.

According to reports, at around 3:20 PM on Thursday, a fire broke out at Bais Yosef D’Ulem, led by Rav Yaakov Friedman, located in the Kew Garden Hills neighborhood of Queens.

The fire reportedly caused heavy damage to the building.

Luckily, the Sifrei Torah were not damaged in the blaze, as they were protected by a safe.

The fire incident is considered a tremendous loss for the entire Kew Gardens Hills community, which had come to rely on its nonstop Shacharis minyanim that serviced the greater Queens community.