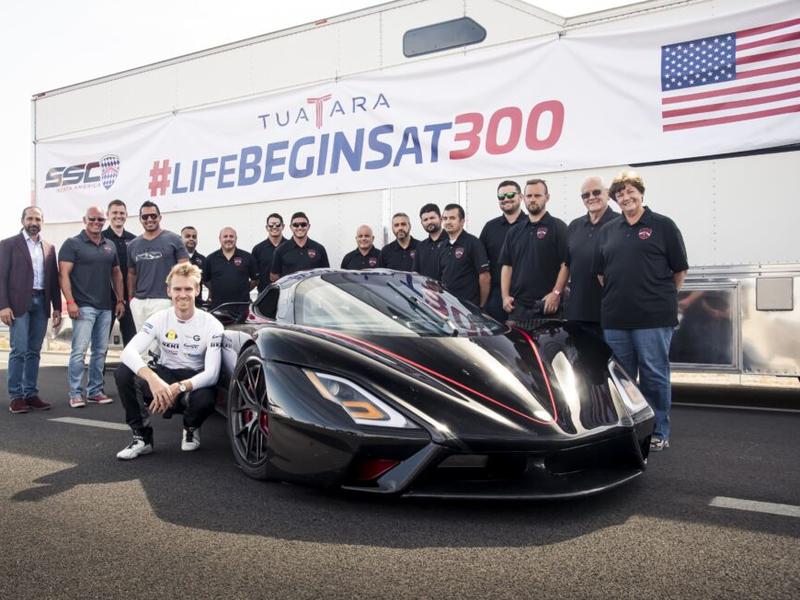 The Fastest Car In The World Is Here, And It Can Go Up To Speeds of 315.7 MPH

The all-new SSC Tuatara clinched the title of being the world’s fastest car last week, after beating a record set by a Koenigsegg Agera on the same Nevada highway in 2017.

With a smashing speed of 315.7 MPH, Shelby Supercars (SSC) Tuatara claimed a world production-car record on October 10th on the Nevada Highway 160, between Las Vegas and Pahrump. A record set by U.K. Formula 1 driver Oliver Webb hailing from Richland, Washington, the racer claimed “Carmakers like this road because it’s long and straight, and there tends not to be much wind. But they don’t pay attention to the width. It’s quite narrow, with low tolerances on either side of the car, so drivers hate it.”As compared to its previous version the car was amped up to a 5.9-liter engine with a meticulously balanced crank and exotic engine mounts filled with a proprietary gel.

The quickest run, at 331.15 mph, broke the previous one-way record of 284.6 mph, set by Koenigsegg on the same stretch of road in 2017, by 46.6 mph. Another notable speed record by a production car happened in September 2019, when a Bugatti Chiron reached 304.773 mph on the Ehra-Lessien test track in Germany.

To make the car worthy of the speed it sports, the company made a barrage of changes that were conducive to all things Speed! The connecting rods were made out of a special grade of titanium and cost over ten thousand dollars for the set of eight. The crank and cam were custom-cut from bars of solid billet steel. The exhaust valves and the turbine wheel are made out of an austenitic nickel-chromium-based super-alloy called Inconel, capable of withstanding immense heat and pressure and even the electrical setup was deliberately over-engineered.

The engine is rated at 1,750 horsepower and 1,280 lb-ft of torque when running on E85 fuel and spins to a lofty 8,800 rpm, requiring an impressive 11 different heat exchangers, including two whoppers for the dedicated air-to-water intercooler system. Four more radiators cool the engine, two cool the gearbox, and one each takes care of the engine oil, power steering, and air conditioning. The gearbox is a seven-speed auto-clutch manual by CIMA/Automac Engineering, which has its basis in a helicopter transmission.

As far as the production car part of it is concerned, after showings at Pebble Beach in 2019 and at the Philadelphia Motor Show in February 2020, the first customer car has been delivered and there are plans to build 99 more at the company’s purpose-built facility in Washington.