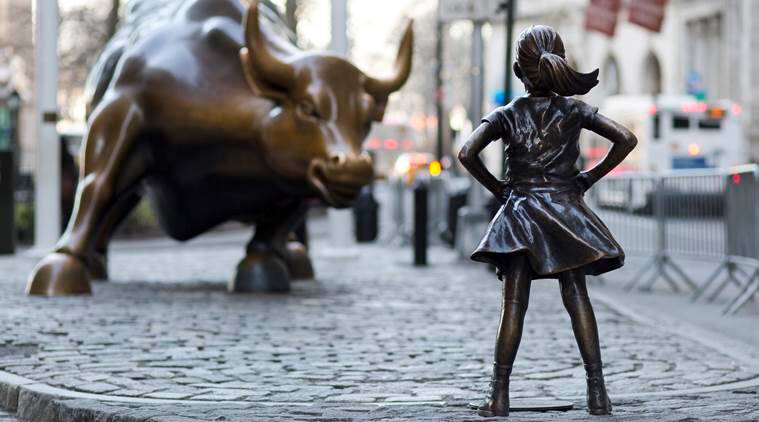 The Fearless Girl Will Stay On At NYC

A city board decided Monday that the 4-foot bronze Fearless Girl statue that was deposited in front of New York City’s Charging Bull in 2017 will remain in its current spot opposite the New York Stock Exchange at least until early next year.

Members of the Public Design Commission granted an 11-month permit extension and said they would spend the next six months exploring a way for New York City to take ownership of the statue, which is currently the subject of litigation between artist Kristen Visbal and State Street Global Advisors, the Boston-based asset-management firm that commissioned it.

“We today, the Public Design Commission, cannot make this a permanent piece of art,” commission president Signe Nielsen said. “We can urge that steps be taken to enable this work to be considered for the public collection.”

The statue of the young girl that represents woman empowerment was supposed to be a temporary installation when State Street commissioned it in 2017 to urge higher representation of women on corporate boards, but permits to keep it on display were extended several times once it became a major tourist attraction.

“As the Artist and the creator of the ‘Fearless Girl’ statue, I am beyond grateful to New York City and the Public Design Commission for hearing my concerns,” Visbal said in a statement. “I pledge to work with the City to identify a fair and reasonable solution in the coming six months.”