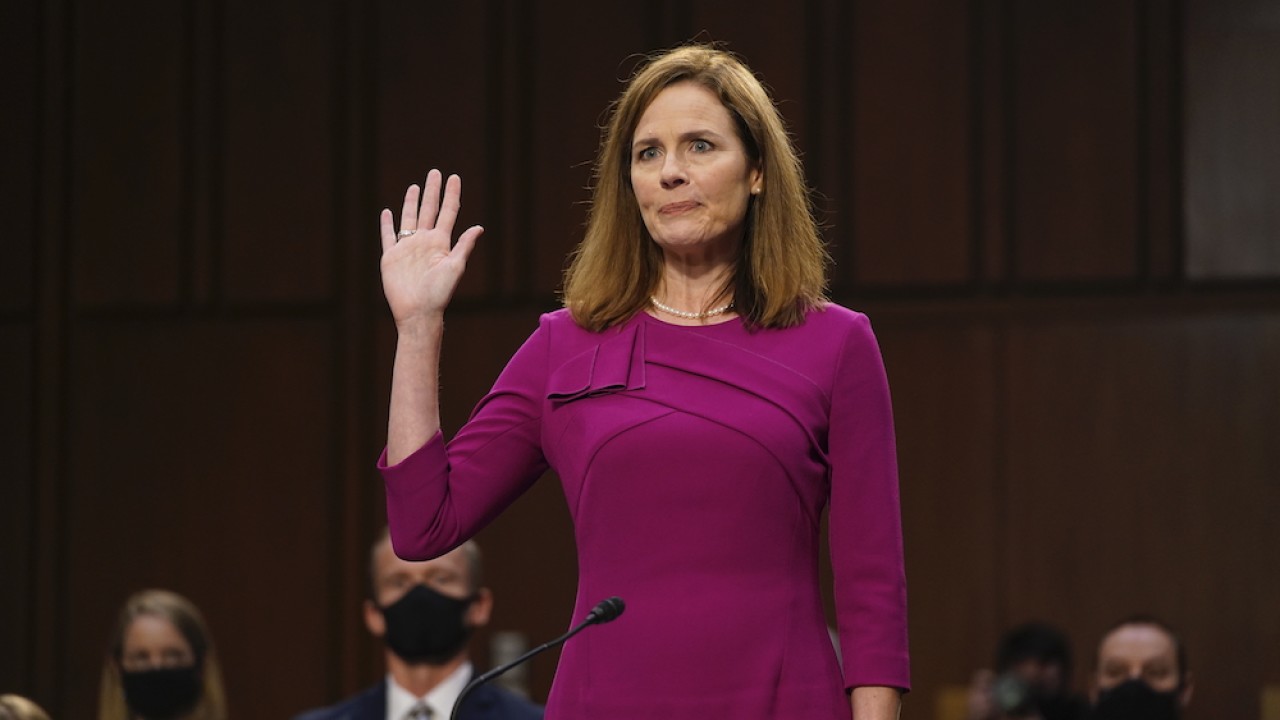 The First SCOTUS Nomination Hearing: All You Need To Know

Amidst the arrests of around 22 protesters outside the Supreme Court of the US, the first hearing for Amy Coney Barrett’s prospective seat was nothing short of a controversial mudslinging event. Here is what went on inside the SCOTUS on Monday, at Barett’s confirmation hearing before the Senate Judiciary Committee.

In her power-packed opening statement, Amy Coney Barett made it clear that the Judiciary was and always will be an independent body, which will remain uninfluenced by the Congress. Claiming that it is not the court’s job to solve every problem, she said “The policy decisions and value judgments of government must be made by the political branches elected by and accountable to the people. The public should not expect courts to do so, and courts should not try.”

Further quoting Justice Antonin Scalia and his philosophy, she said, “A judge must apply the law as written, not as she wishes it were. Sometimes that approach meant reaching results that he did not like.”

Hinting that women from minorities would not be safe under the conservative judge, Sen. Patrick Leahy, D-Vt., suggested that Barett’s pick wound not be conducive and possibly dangerous, as it might take the country back to an orthodox stance. The democrat also turned attention to a possibility of the nominee undoing several other forms of equal protection under the law.

Harboring severe insecurities of the Republican pick, Democrats claimed that the Republicans came up with a speedy nomination to ensure that their stronghold remains over the country even after the elections, no matter what the results. Apart from democrats crusading against President Trump and Republicans, Joe Biden also went on to the extent of saying that Republicans are “violating the Constitution.”

In defense of these accusations, Senate Judiciary Committee Chairman Lindsey Graham, R-S.C., quoted Ruth Bade Ginsburg to say, “The bottom line is, Justice Ginsburg, when asked about this several years ago, said a president serves for four years, not three. There is nothing unconstitutional about this process.”

One of the most talked-about touchpoints during the first hearing was the Affordable Care Act, which the Democrats extensively dragged out. Alleging that the intention of the Republicans in rushing the nomination before the elections was only to end the ACA or ObamaCare.

President Trump has repeatedly indicated he will nominate a judge who would rule against Obamacare, and Barett is no exception to this notion.

Speaking directly to the nominee, Sen. Chris Coons, D-Del., said, “I’m not suggesting you made some secret deal with President Trump, but I believe the reason you were chosen is precisely because your judicial philosophy, as repeatedly stated, could lead to the outcomes President Trump has sought. I think that has dramatic and potentially very harmful consequences with regards to the election, the Affordable Care Act and long-settled rights.”