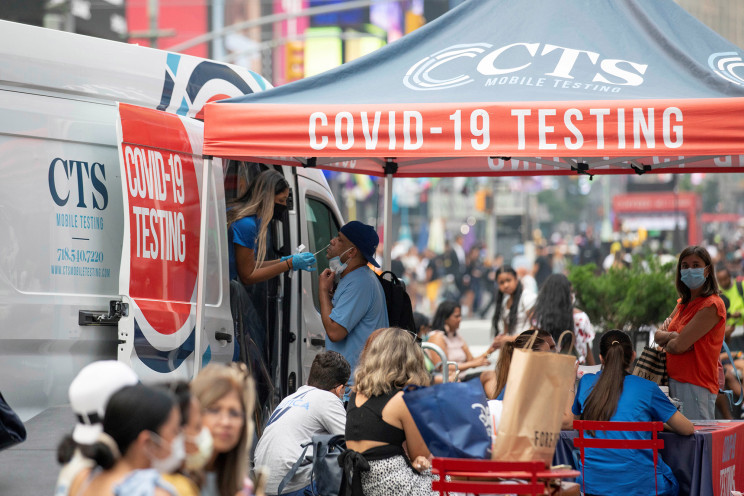 The latest data has shown that New York City has the lowest COVID-19 positivity in the entire state of New York.

Gov. Kathy Hochul on Saturday revealed the COVID-19 positivity rate in the Big Apple is only three percent.

Hochul explained the statewide positivity rate, measured on a seven-day average, was 3.32 percent Friday, up from 3.18 percent two days earlier.

She said the data has shown that the rate in New York City Friday was 2.58 percent, the lowest in the state.

While the COVID-19 positivity rate is down in NYC, a total of 26 people died of COVID-19 Friday including nine residents of the Big Apple.

To combat COVID-19, the state gave out 61,932 doses of the COVID-19 vaccine from Friday to Saturday.

Moreover, Hochul revealed a total of 79.3 percent of New York adults have received at least one shot of the vaccine and 71.2 percent have completed the vaccine series.