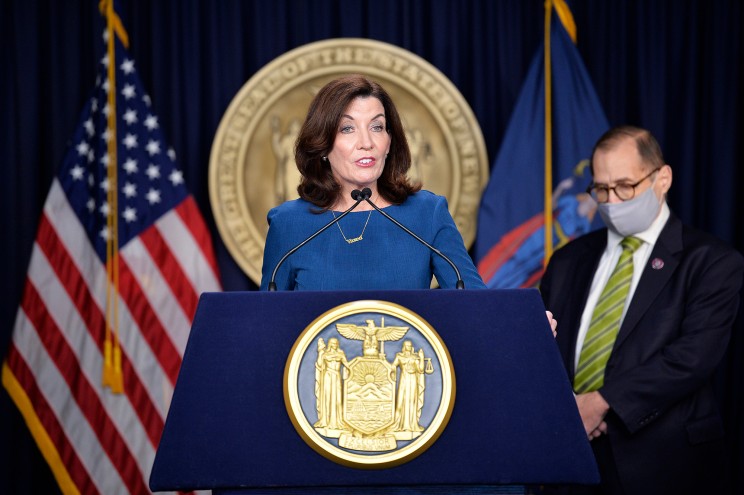 The dream of incumbent New York Gov. Kathy Hochul to win the Democratic primary for governor is still on target.

A poll released on Tuesday showed Hochul still holding a firm lead against her rivals.

The poll made by Siena College showed that more than a third of Democrats (36 percent) said they would vote for Hochul if the election were held today compared to the 18 percent who said they would back her closest rival, state Attorney General Letitia James.

The primary election is scheduled for June 28.

The Siena Poll asked 785 registered voters from Nov. 29 through Dec. 3 and has a margin of error of plus or minus four percentage points.

Within the overall poll, 399 Democrats were asked about the primary for governor.

The Democrats-only survey has a margin of error of plus or minus 5.4 percentage points.