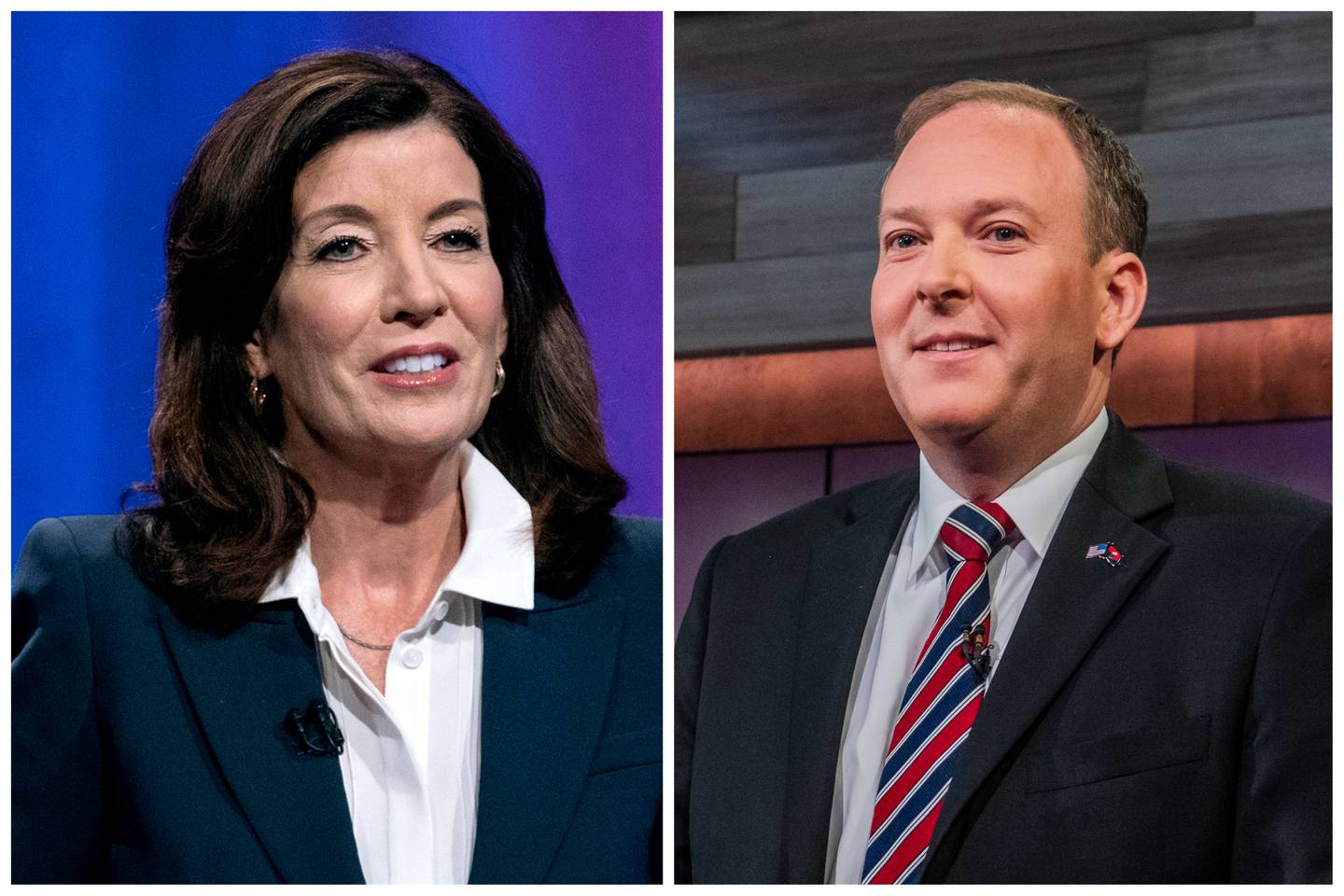 On Tuesday, a pair of polls showed Gov. Hochul with a healthy lead over Lee Zeldin ahead of November’s general election.

According to reports, Hochul, the Democratic incumbent, leads the Long Island Republican by 14 points among likely voters in a survey conducted by Siena College.

Spencer Kimball, executive director of Emerson College Polling, revealed Hochul has a “commanding lead” in the city, 63% to 17%. She trails Zeldin 49% to 43% in the surrounding suburbs and is statistically even with him upstate.

The latest data has shown that Democrats vastly outnumber registered GOP voters in New York by a 2-to-1 margin, giving Hochul a comfortable base as Zeldin hopes to become the first Republican to win a statewide office in nearly two decades.

Siena pollster Steven Greenberg said Hochul’s 46%-41% favorability rating in their poll is essentially unchanged from June, while 52% of respondents gave the governor a positive approval rating.