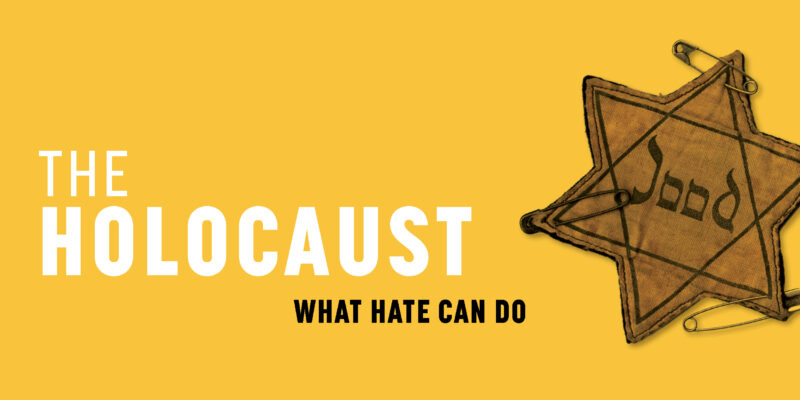 The “The Holocaust: What Hate Can Do” Exhibition Is Now Live at the Museum of Jewish Heritage in Lower Manhattan

The Museum of Jewish Heritage in Lower Manhattan has recently opened up a new and permanent exhibition titled “The Holocaust: What Hate Can Do,” which features small, daily objects discovered after the Holocaust, that narrate individual stories of Jewish life during the horrific time.

With objects like a young child’s diary, a favorite doll, a cookbook of family recipes, a report card, a Torah scroll smuggled to the United States and a silver spoon found among the rubble at a concentration camp- the 12,000-square-foot, two-story exhibit attempts to shed new light on Holocaust education by creating a compelling narrative of the Holocaust, antisemitism, Jewish resistance, and perseverance.

The exhibit brings together the individual stories of 750 objects and artifacts, as well as first-person testimonies, photographs, and text. The goal of displaying these types of objects is to animate and intensify the narrative of the Holocaust with first-person stories, said Michael Berenbaum, a Holocaust scholar, and advisor on the exhibit. “We believe in a story-telling museum,” he said, noting that the exhibit draws upon the full name and mission of the museum: “Museum of Jewish Heritage-A Living Memorial to the Holocaust.”

In order to develop a full narrative of the Holocaust, the exhibit first paints a picture of Europe’s thriving Jewish communities prior to the Nazi rise to power; and then gradually moves on to the time of the holocaust and after it.