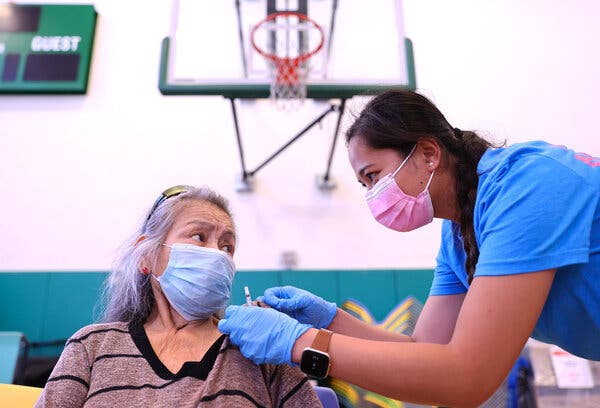 The US Finally Reaches 70% Vaccination Rate, A Month After Biden’s Expected Promise

A figure that was promised by President Joe Biden earlier this year, has finally come through- but a month late. The US has officially reached a 70% vaccination rate amidst the surge in coronavirus cases due to the highly infectious Delta variant.

With mask mandates being re-implemented in several states across the country, and cases on a steady rise, the US has successfully vaccinated 70% of its eligible population, which was expected a month ago.

Biden had earlier set a vaccination goal of 70% by the Fourth of July. That figure was the low end of initial government estimates for what would be necessary to achieve herd immunity in the U.S. Meanwhile, the US has still not hit the administration’s other goal of fully vaccinating 165 million American adults by July 4. It is about 8.5 million short.

There was no celebration at the White House on Monday after the 70% mark was attained, nor a setting of a new target, as the administration instead struggles to overcome vaccine suspicion and aversion across the country.

New York Gov. Andrew Cuomo said on Monday that the New York City airport and transit workers will have to get vaccinated or face weekly testing. He stopped short of mandating either masks or inoculations for the general public, saying he lacks the legal authority to do so. This being said, the governor encouraged indoor making for both vaccinated and unvaccinated New Yorkers.