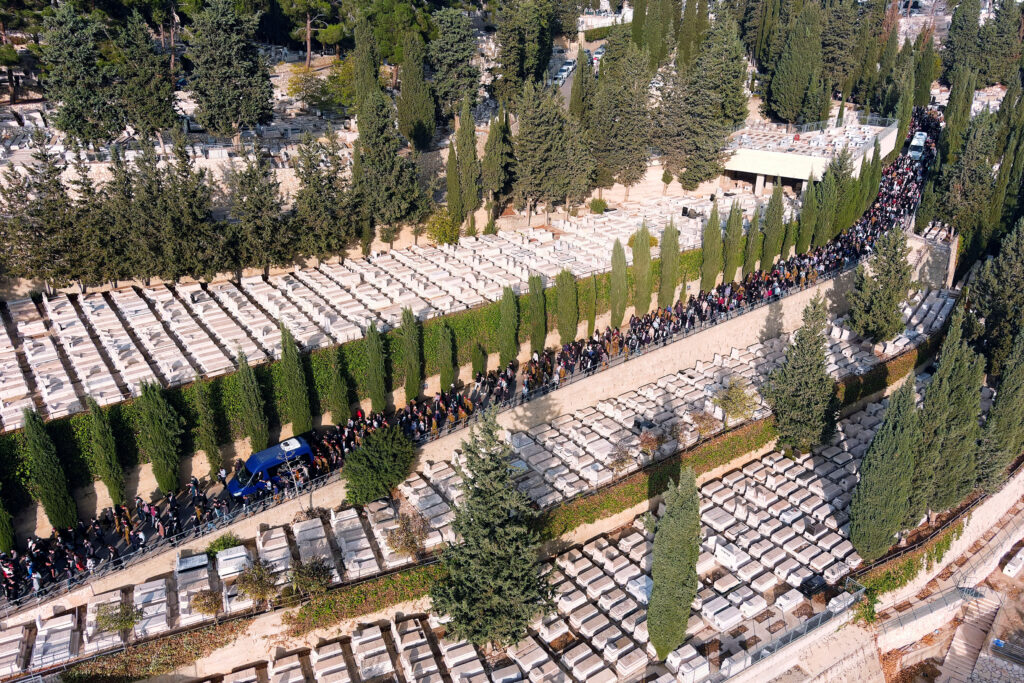 Thousands of family members and friends join the burial of a soon-to-be-married 26-year-old Jewish man who was killed in a combined shooting/stabbing terrorist attack at the Chain Gate in the Old City of Jerusalem on Sunday morning.

The burial of Eliyahu David Kaye, Hy”d, from the city of Modi’in. Kaye, a new immigrant from South Africa was held at Har HaMenuchos cemetery in Jerusalem on Monday afternoon.

Some prominent Jewish personalities including Ashkenazi Chief Rabbi David Lau and several government ministers joined the burial of the victim who was employed at the Kosel as a guide.

Chief Rabbi Lau, who knows the family from his hometown of Modi’in, paid tribute to the niftar: “We just want to sit peacefully in the Holy Land. Every Shabbat I see you, Avi, Eli’s father, at a shiur.

“You were privileged to ascend to Eretz Yisrael, thanks to Eli. And here we are standing, in the land that he only wanted to sit peacefully in, and murderers come and interrupt this and are trying to harm time and time again, and this time they killed dear Eli.”

The parents of the victim Avi and Devorah expressed deep gratitude to the thousands of people who joined their son’s burial ceremony.

Before his death, the victim was engaged and was to be married in six months.

Aside from the victim, four others were also injured in the attack.

It was learned that the remaining victims sustained minor wounds and were evacuated to Hadassah Ein Kerem hospital.

The police identified the suspect who was also killed after the attack as Fadi Abu Shahidam, a resident of the Shuafat refugee camp in his 40s.

The slain terrorist who used a homemade “Carlo” machine gun in the attack is a member of the Hamas terrorist organization.

Internal Security Minister Omer Bar Lev said that the wife of the terrorist left him and traveled overseas just three days ago, which “shows that this was a premeditated attack.”