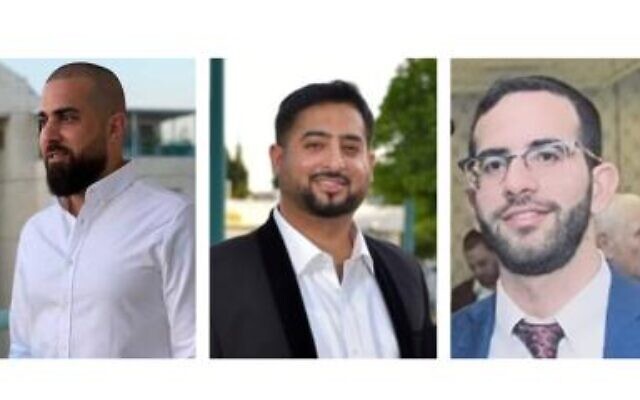 In a third brutal terrorist attack in Israel since the beginning of March, a deadly shooting attack occurred in Bnei Brak on Tuesday- the victims of which have been identified as a 29-year-old, second grade Rabbi, a father, and a police officer who helped kill the gunman.

Among five of those who lost their lives, two of whom are believed to be foreigners that are still unidentified, the known victims were named as officer Amir Khoury, 32; Yaakov Shalom, 36, and Avishai Yehezkel, 29.

In the tragic incident, Avishai Yechezkel was out for a walk on Tuesday, with his two-year-old son in his stroller, in order to put him to sleep. While he was out, he was talking to his brother on the phone and even told him that he heard gunshots. Tragically, he was killed in the attack.

A native of Tel Aviv, Avishai learned in Yeshiva Yakiri Yerushalayim on Malchei Yisroel Street in Jerusalem where he gained respect as an outstanding student. He went on to learn in Yeshiva Mishkenot Torah in Bnei Brak, and later at the Yeshhiva of Rabbi Or David in. Even after he left the Yeshiva, he continued to keep in touch with his Rebbeim, and kept regular contact with the Rosh Yeshiva, Rav Yehuda Cohen.

He then went on to become a second-grade Rebbi in the Talmud Torah ‘Or David’ of Rabbi Daniel Zer, on Abuchatzira Street.

On the other hand, Khoury, an Arab Israeli from the northern town of Nof Hagalil, served on the Bnei Brak police station’s motorcyclist responders team. Khoury was part of a team of two motorcycle officers who caught up with the gunman and killed him, ending the deadly shooting spree.

Bnei Brak resident Shalom was also named as a victim. Shalom was driving home when he was stopped by the gunman, who opened fire on his vehicle from a close range. Haredi media reported that Shalom was the son of Rabbi Meir Shalom, a prominent leader of the Yemenite community in Beni Brak, who died last year of COVID.