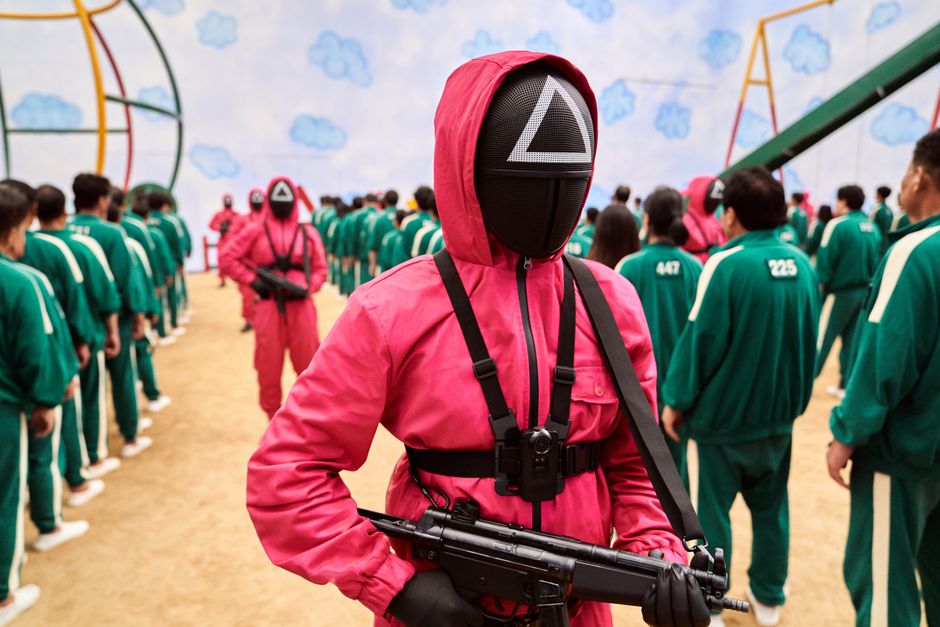 Principals at the Syracuse-area Fayetteville-Manlius schools sent an email to parents, saying that students have been playing a version of the survival game depicted in the Korean Netflix series. “Due to concerns about the potentially violent nature of the game, it is inappropriate for recess play or discussion at school. Additionally, a Halloween costume from this show does not meet our school costume guidelines due to the potential violent message aligned with the costume,” the letter sent to Mott Road Elementary School parents reportedly said.

Apart from the Squid Games costumes, according to the suburban district’s guidelines, Friday the 13th” and “Scream” masks are also barred from being worn, said Superintendent, Dr. Craig Tice while speaking to Fox News. “No items that can be interpreted as weapons should be brought to schools, such as toy swords or guns, and that costumes should not be too gory or scary so as not to scare our younger students,” he said.

Tice added: “They also wanted families to be aware that some of our younger students are talking about and mimicking aspects of the show/game at school so parents and guardians would have the opportunity to speak with their children themselves about it and reinforce the school message that games associated with violent behavior are not appropriate for recess.”

Meanwhile, parents in the Bronx said they believe the upstate schools are overreacting. “It’s a costume. Just don’t let your kids watch the show,” one woman said. “For a school to actually impose that, that’s being very overbearing,” one man said.