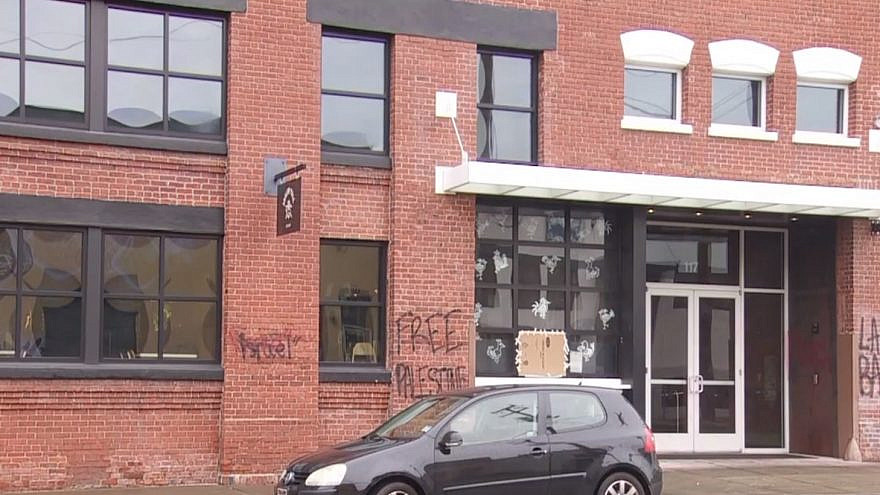 Over the past weekend, three Israeli restaurants in Portland, Oregon were vandalized, with ‘Free Palestine’ written on their walls. As of now, the Portland Police are investigating the possible bias crime, in search of the vandals who tarnished the exteriors of Aviv and two Shalom Y’all eateries.

On Sunday, the case was handed over to bias-crimes investigators, and when the restaurant owners were approached by the media, they claimed that they wouldn’t want to get into the political side of the incident. In a statement, Shalom Y’all owners Kasey Mills, Jamal Hassan, and Laura Amans described the vandalism, which included “Free Palestine tags and other graffiti, as “anti-Semitic.”

Meanwhile, Aviv daytime manager Zach Hoffman told Oregon Live, “Most of the employees at Aviv are not Israeli. Our chef is from Israel, but I don’t think he wants to be involved in the politics side of it.”

According to Hoffman, taggers spray-painted the restaurant’s two-day-old Pearl District location at 100 N.W. 10th Ave. during open hours Saturday evening, and fled as soon as they were confronted by employees. On the other hand, Shalom Y’all’s locations at 117 S.E. Taylor St. and 1128 S.W. Alder St. were targeted early Sunday, according to a Shalom Y’all spokesperson. Graffiti at the Southeast Portland location included “Yuppie Scum” as well as arguments that Israeli cuisine appropriates dishes from its Middle Eastern neighbors. “Hummus is not Israeli,” reads one. “Falafel is from Palestine,” reads another.

“We are committed to operating inclusive spaces, and do not tolerate messages of hate or racism in any form,” Mills, Hassan, and Amans wrote in their statement “We are so thankful for the outpouring of support we have received from the community over the last 24 hours.”

Shalom Y’all was first opened by former Portland chef John Gorham and his business partner Ron Avni. The Toro Bravo restaurant group was dissolved in July after Gorham, incensed over vandals spray-painted the group’s catering vans, directed a violent Facebook outburst toward a trans woman of color. Operating as the new Sesame Collective, longtime Toro Bravo employees Mills, Hassan and Amans took over both Shalom Y’all locations as well as two sister restaurants. At the time, the new group removed its “Israeli street food” descriptor, while keeping its menu the same.