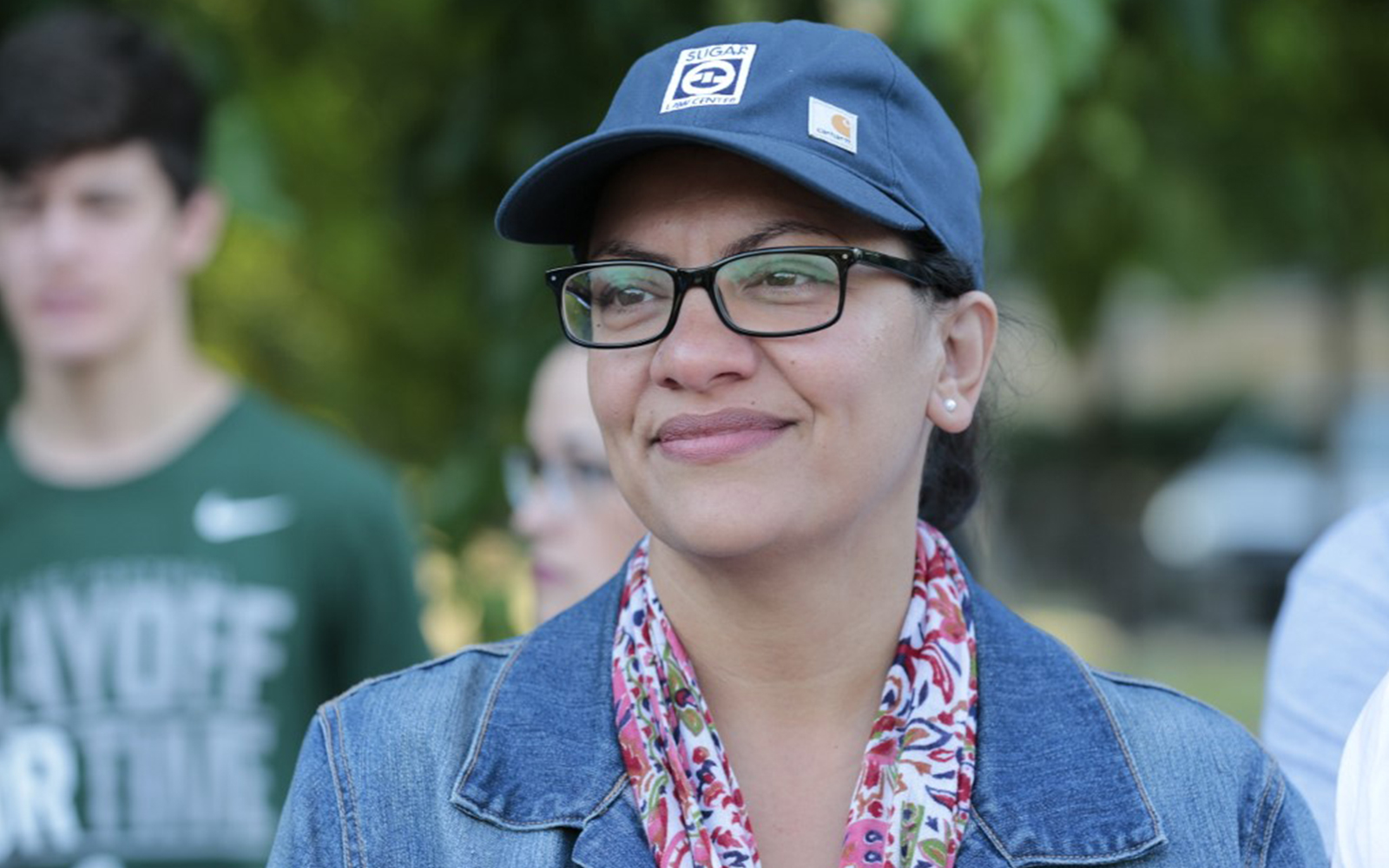 As it stands, Abu Akleh, 51, was killed by gunfire to her neck Wednesday morning while covering clashes between Israeli troops and Palestinian gunmen during an Israeli military operation in Jenin in the West Bank. Following the incident, Palestinian Authority President Mahmoud Abbas accused Israel of her “execution,” vowing to take the matter to the International Criminal Court.

Source: (Ariel Jerozolimski for The Times of Israel)

Israeli officials have declared that it is too soon to determine who fired the bullet that killed her, and in a sly move, the PA has blocked the inquiry into Akleh’s death- even refusing to transfer the bullet for inspection.

Defense Minister Benny Gantz was quoted telling foreign reporters on Wednesday night that it could have been “the Palestinians who shot her,” or fire from “our side.”

“When will the world and those who stand by Apartheid Israel that continues to murder, torture and commit war crimes finally say: ‘Enough’?” Tlaib wrote. She added: “Shireen Abu Akleh was murdered by a government that receives unconditional funding by our country with zero accountability.”

Charging at Tlaib’s usual anti-Israel rhetoric, Israeli ambassador, Herzog wrote on Twitter “One would expect a member of Congress to support our call for an impartial joint Israeli-Palestinian investigation of this tragic event, rather than rushing to a biased conclusion. Acting as the judge, jury, and executioner undermines the causes of justice and peace.”

As expected, the second member of ‘The Squad’- Congresswoman Ilhan Omar- also jumped onto Twitter to react. She tweeted: “We provide Israel with $3.8 billion in military aid annually with no restrictions. What will it take for accountability for these human rights violations?”

To this, Herzog replied, “In the past few weeks, three major deadly terror attacks in the heart of Israel were planned, orchestrated, and carried out from Jenin. The IDF went there to thwart another act of terror and was attacked by heavily armed ‘Islamic Jihad’ terrorists.”