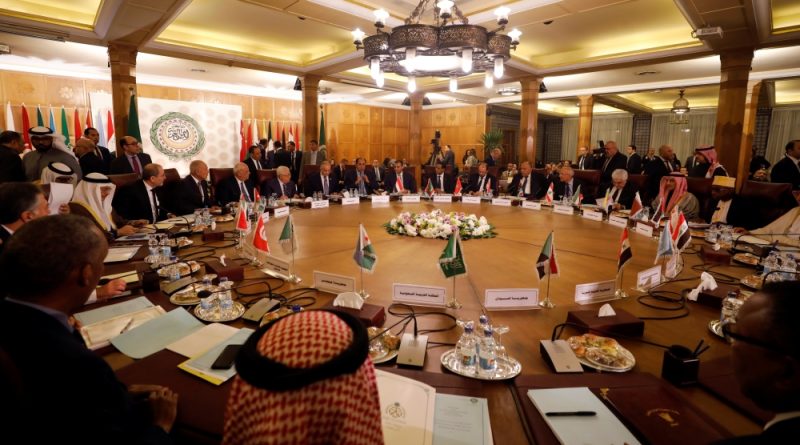 Featuring top foreign officials representing each nation, today’s Arab League meeting is set to focus on the Palestinian cause under the backdrop of the iconic Israel-UAE “normalization” deal that has been cooking up a storm in the past few weeks.

Whilst analysts have hinted at a possible division between the representatives, rather than usual unity on the issue, the pretext of the session has already caused a lot of concern among the bittered Palestinian leadership.

On Sunday, after initiating normalization talks with Isreal, the Palestinian Authority accused the United Arab Emirates and Bahrain of obstructing the 2002 Arab Peace Initiative Plan, a draft resolution that called on Arab states to adhere to certain clauses before normalizing ties with Israel. The Arab Initiative, which was first suggested and put forth by Saudi Arabia, calls for establishing ties with Israel in exchange for its withdrawal to the 1967 borders, a just solution for Palestinian refugees, and occupied East Jerusalem as the capital of a future Palestinian state.

Facing flak from Palestinians, a senior member of Palestine’s governing ‘Fatah’ faction, Hussein Hamayel, said Bahrain’s opposition to the draft resolution “places it on the side of the enemies of the Arabs and Muslims”.

On Tuesday, the official spokesman for the Palestine Authority, President Mahmoud Abbas said the leader “will not accept insulting the national symbols of Arab nations, including the United Arab Emirates”.

Following the US-brokered talks between UAE and Israel, many gulf states are showing a keen interest in taking a step forward in the same direction, on the basis of the statements made by Israeli PM Benjamin Netanyahu and US Advisor Jared Kushner. Already sporting positive relations with Egypt, Jordan and now UAE, more nations are to follow in the near future.

This being said, countries like Saudi Arabia have also clarified their stance on the basis of certain conditions that are put forth. In a verbal statement made by the Saudi Arabian King, he fell short of condemning the UAE’s move by saying, “Saudi Arabia will verbally endorse the Palestinian cause, the issue of Jerusalem, and the Arab Peace Initiative. However, it remains to be seen what Riyadh does in terms of action on the matter.” e further added, “With the UAE as a leading Arab state already sacrificing the Palestinian cause to satisfy Emirati national interests with Israel, it will be hard to build firm support for the Arab Peace Initiative in this multilateral setting.”