As reported by Amnesty International on Tuesday, 14 top heads of state have been targeted for hacking by clients of the Israeli spyware firm NSO Group. 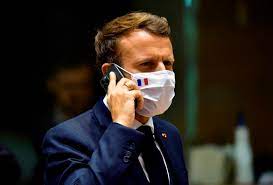 As it stands, the above heads of state had offered their smartphones for forensic testing which detected whether they were infected by NSO’s military-grade Pegasus spyware. Thirty-seven phones identified in the investigation were either breached or shows signs of attempted infection, it has been reported.

Meanwhile, the Paris prosecutor’s office said it was investigating the suspected widespread use of NSO’s military-grade Pegasus spyware to target journalists, human rights activists, and politicians in multiple countries. According to reports, the phone numbers for Macron and the then-government members were among thousands allegedly selected by NSO clients for potential surveillance.

Also on the list were phone numbers in Azerbaijan, Kazakhstan, India, Pakistan, Morocco, and Rwanda, as well as ones for several Arab royal family members.