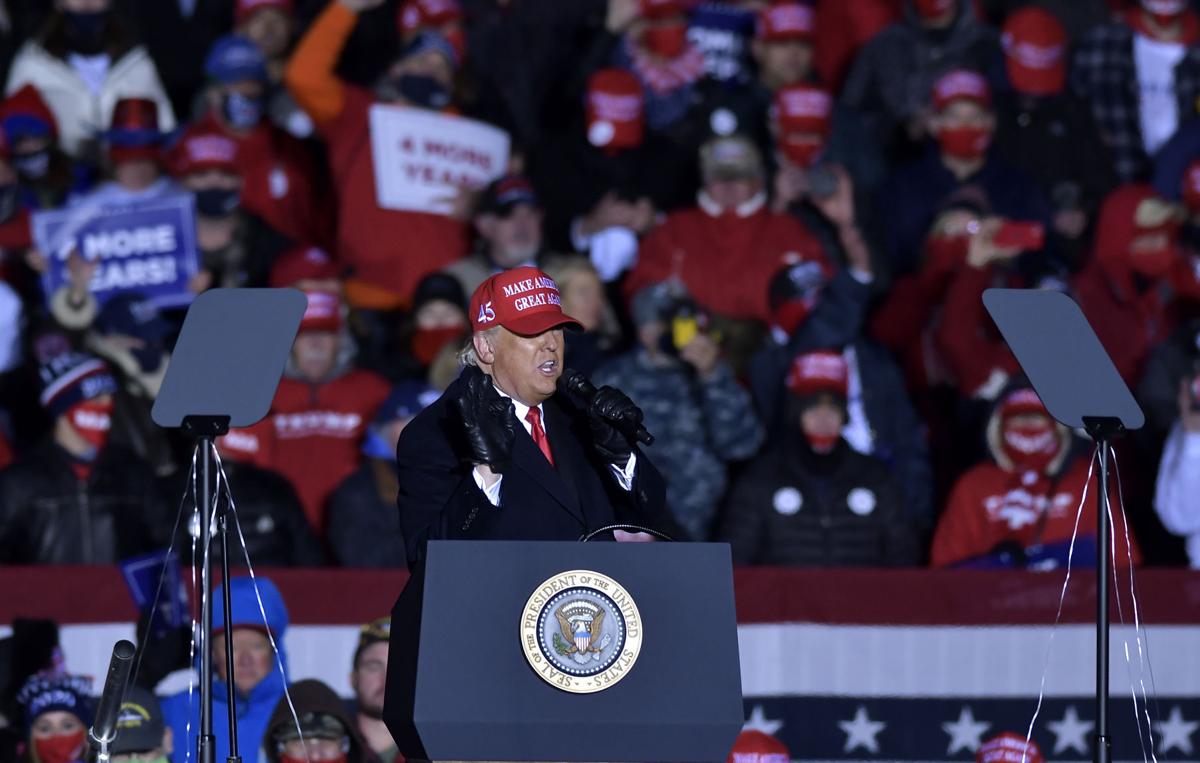 After a slew of campaign rallies over the past month, leading up to today’s elections, President Trump made numerous promises and slammed Democratic candidate Joe Biden for several of his incompetent commitments as well. In the last leg of the rallies on Monday, here are the top highlights and statements Trump made in Kenosha, Traverse City, Scranton, and North Carolina.

A city that was rocked to its core earlier this year, Kenosha, Wisconsin had been in the eye of the storm following violent protests that came after the police killing of yet another black man named Jacob Blake. Following days of unrest in the city, President Trump claimed he was the harbinger of peace in the city, saying “Kenosha. Nice to be back. We brought law and order to Kenosha. That’s what we wanted.”

With reference to the anticipated violent demonstrations post the elections, where, in some cases, businesses have already begun boarding their locations in the fear of protests after the results are declared, President Trump claimed, “Biden’s far-left supporters are threatening to loot and rob tomorrow if they don’t get their way,” he continued. “Rioting, looting and arson will be prosecuted to the fullest extent of the law. I’m telling you that right now.”

“You know I hate to see where they put boards up on a window. You notice I hate to say it but it’s true: These are Democrat-run cities and states.”

A key battleground, Pennsylvania’s air was filled with chants of “We love Trump”, during the Scranton rally held by the President on Monday. Promising supporters that the Republicans will Pennsylvania just like last time, the President slammed Biden’s stance on fracking, claiming that it was a major industry in the state.

The President stated, “A big part of your livelihood. your money, your income is fracking. He (Biden) spent over a year saying he will not allow fracking…as a nominee … he started talking about fracking, he said we will absolutely allow it but not on government land. The press never held him accountable and never held him accountable for all the corruption he was a part of.”

During this rally at the birthplace of Biden, the President also took to firing Biden’s son Hunter’s international business dealings while his father was in office.

Claiming that a Biden win will take away America’s energy independence, President Trump, during a pitstop at Traverse City, Michigan said, “Biden’s energy ban will send every state into crushing poverty.”

Commanding strong support from the crowd, the President slammed Biden for being part of a “depraved political class that got rich bleeding America dry”. He continued to say, “Every corrupt force in American life that betrayed you, they support Biden. (These include) Politicians that offshored your jobs, open-borders lobbyists, anti-American radicals defaming our noble history.”