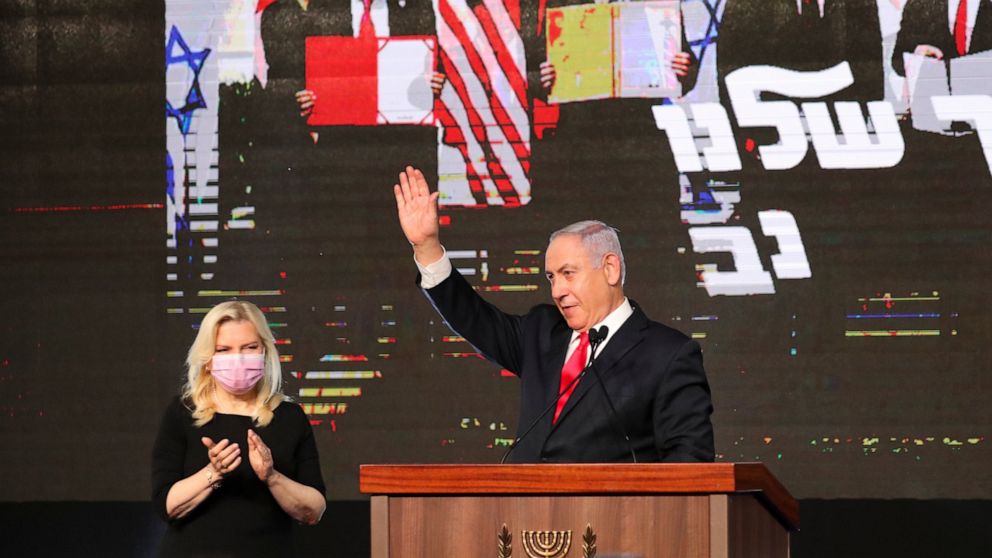 The Israeli elections went underway successfully yesterday, and polls by three major Israeli news outlets went on to suggest a win for the country’s right-wing, possibly led by a coalition formed by reigning Premier Benjamin Netanyahu. Meanwhile, amidst the uncertainty of how he will form his majority, Netanyahu claimed a win over the elections.

Projections based on exit polls from Israel’s three leading broadcasters, all show Netanyahu’s right-wing Likud winning the most seats in Israel’s 120-seat parliament, the Knesset. If the projections reflect the final results expected later this week, Likud could win 30 or 31 seats.

According to the predictions made by the media houses, Netanyahu may be able to form a coalition with right-wing parties which are his “natural” partners including the Chareidi parties but he will also have to rely on Naftali Bennett’s Yamina party which has refused to endorse him for the entire campaign. Even with Yamina Netanyahu has a razor-thin majority of 61 which could easily change when the genuine results come in and this could affect Israel’s entire political system after two years of stalemate. “The power you gave me, I will use only according to one guideline: what is good for Israel,” Bennett, told supporters at a rally after the results were announced.

Netanyahu described Tuesday’s projected results as a “huge win for the right” and his Likud party. “I will reach out to all elected officials who share our principles. I will not exclude anyone,” he told supporters.

Meanwhile, opposition leader Yair Lapid, a former television anchor whose centrist Yesh Atid party looked set to place a second behind Likud, claimed the anti-Netanyahu bloc had a path to a majority. “At the moment, Netanyahu doesn’t have 61 seats,” he said addressing supporters in Tel Aviv.

Exit polls also revealed that a number of parties had exceeded their expectations including  Labor, Blue and White, and Religious Zionists which all received 7 seats according to the exit polls. At the same time, Bennett’s Yamina and Gidon Sa’ar’s New Hope parties did not achieve their previous aspirations of over 10 mandates. Bennett had 7-8 mandates while Saar was left with just 6 mandates.