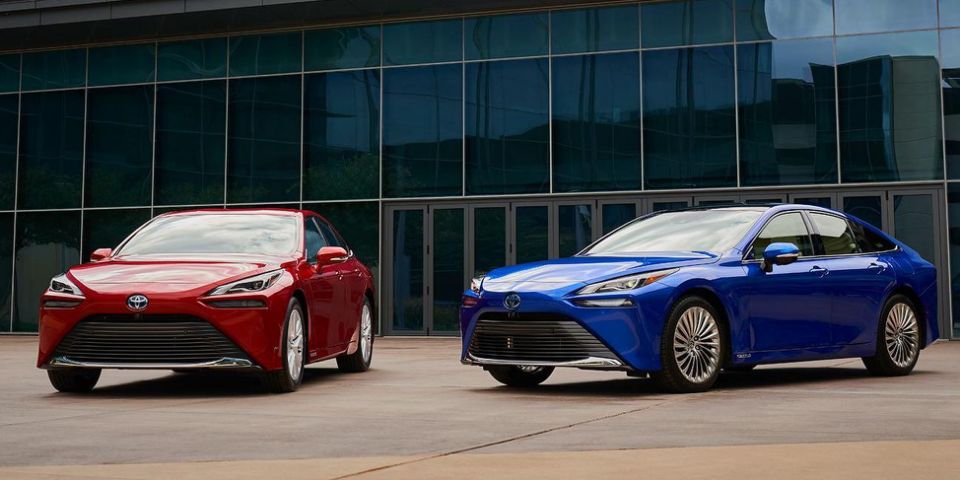 Toyota Reveals More 2021 Mirai Specs, Expected to Arrive in the US in Dec

Set to arrive in the US in late December, the second generation of the hydrogen-powered Mirai will be made available in XLE and Limited trim levels, with a choice of four exterior colors, as teased by Toyota in the latest picture reveal.

Featuring red, blue, black, and white colors, Toyota’s second-generation hydrogen-powered car, the 2021 Mirai, in contrast to its predecessor features an all-new rear-wheel-drive layout, couple with a more luxe interior that is better equipped. Toyota, in its latest release, has now shown more photos of the production version of the 2021 Mirai after the teaser of the new model was first introduced last year.

The fuel-cell car is larger compared to the previous model of the series, and will also feature a 12.3-inch touchscreen infotainment system, heated and cooled seats, both in the front and rear. Compared to the predecessor, the larger hydrogen fuel cell promises a leap with 30 percent more range. Drawing parallels to the Lexus GS, the car is set to be a few inches longer and wider than the luxury sedan but may fall within the same price range.

It is speculated that the car will go up to 400 miles on a full tank, and its electric motor will now power the rear wheels unlike the customary practice of powering the fronts. As per the latest details, Toyota, through its recent pictures of the sedan has announced that the Mirai will be offered in two trim levels: XLE and Limited.

Teased in October, last year, the automaker specified that the hydrogen advantage would mean EV propulsion with fossil-fuel range and five-minute refueling.

Toyota hasn’t revealed the pricing for the new Mirai yet, but, as reported by Car and Driver, the car might sport a heavier price tag as compared to the current car, which starts at $59,545. It is also predicted that the car will sell a whole lot more along the West coast in areas where hydrogen fueling stations exist. Toyota currently offers $15,000 or 3 years of free hydrogen with the existing model, which is also expected to be granted with the 2021 model.

Set to make its debut in dealerships in December (though most people may prefer leasing the car), further details about the vehicle are set to be announced soon.