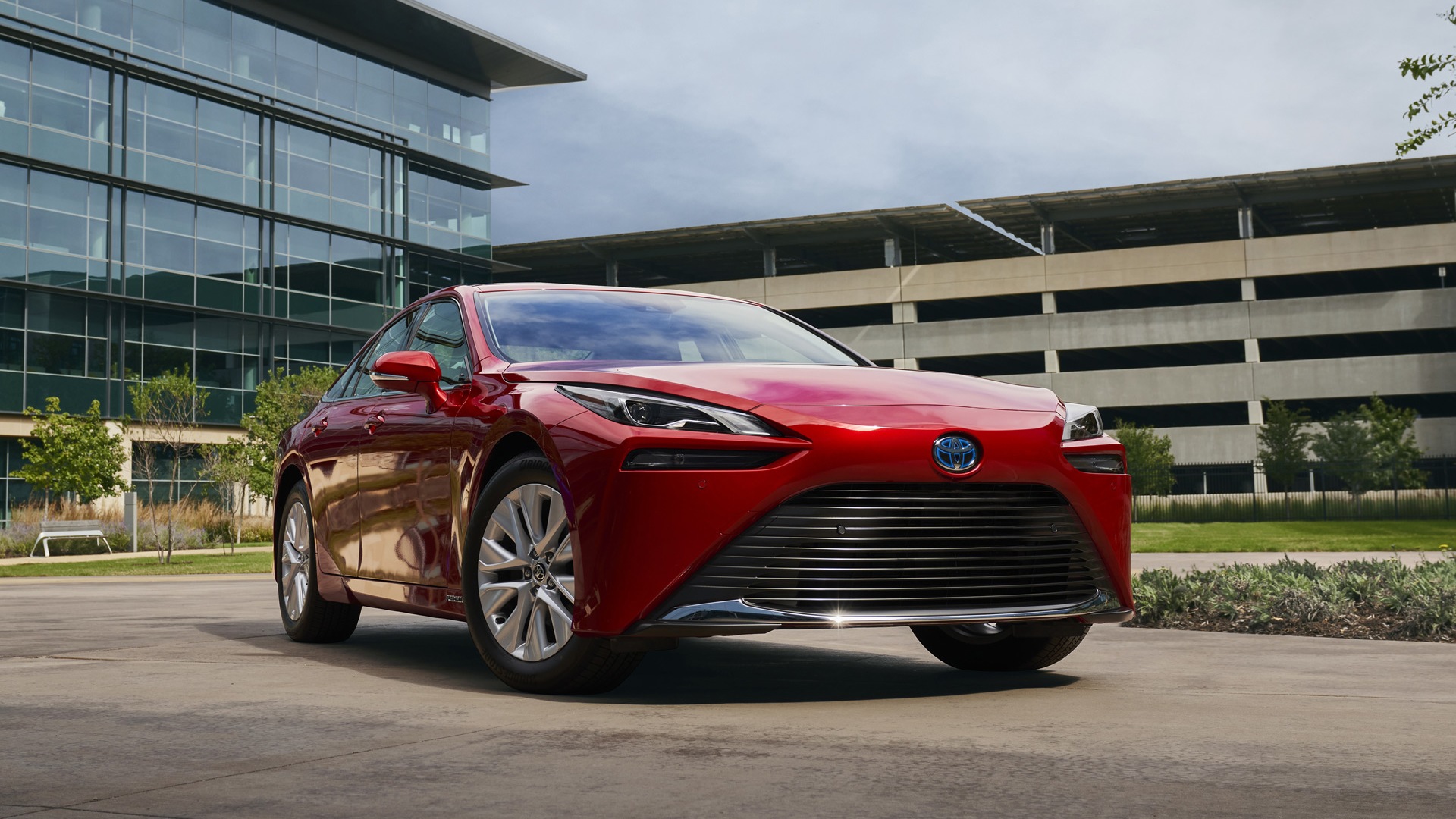 On Thursday, Toyota revealed a slew of follow-up details about its much-awaited 2021 Mirai, including the car’s standard and optional equipment, along with new photos of the hydrogen-powered sedan.

Set to arrive in the US towards the end of December this year, the second-gen hydrogen-powered car by Toyota is set to sport XLE and Limited trim levels and a choice of four exterior colors. Toyota has now shown more photos of the production version of the 2021 Mirai after first previewing the new model with a thinly veiled concept last year.

As stated by the automaker, “Lower, longer and wider, the all-new Mirai’s coupe-like design is the perfect balance of sporty and elegant. Its lower stance—highlighted by available 20-in. alloy wheels—helps create a more dynamic drive. Inside, available satin-silver or copper-colored accents make Mirai’s interior as refined as its engineering.”

Pitted against its predecessor, the new car is considerably impressive with a new rear-wheel-drive layout and a much more luxurious interior than before. According to the latest details, the Mirai will be offered in two trim levels: XLE and Limited.

Going by the pictures released by the automaker, the XLE features Supersonic Red and the Limited in Hydro Blue. Driver-assistance features will be standard in both the vehicles, and the trims will both be equipped with a 12.3-inch touchscreen infotainment system and heated front seats.

The Limited trim will add extras such as a head-up display, cooled front and rear seats, and a panoramic sunroof. Compared to the previous generation, the new 2021 Mirai will be a tad bit longer, lower, but considerably larger.

The larger hydrogen fuel cell promises around 30 percent more range, meaning it should go around 400 miles on a tank, and it’s electric motor now powers the rear wheels rather than the fronts. Furthermore, unlike battery electric vehicles that need to charge for hours, the hydrogen Fuel Cell Electric Mirai only takes about five minutes to refuel. The XLE comes standard with 19-inch wheels while the Limited has 20-inch wheels.

Although Toyota hasn’t yet revealed the price tag on the car, it is expected to start at a higher rate compared to the first generation Mirai, which is placed at $59,545. Toyota already offers $15,000 or 3 years of free hydrogen with the current car, which is also expected to be continued for the new Mirai that will hit dealerships at the very end of this year.