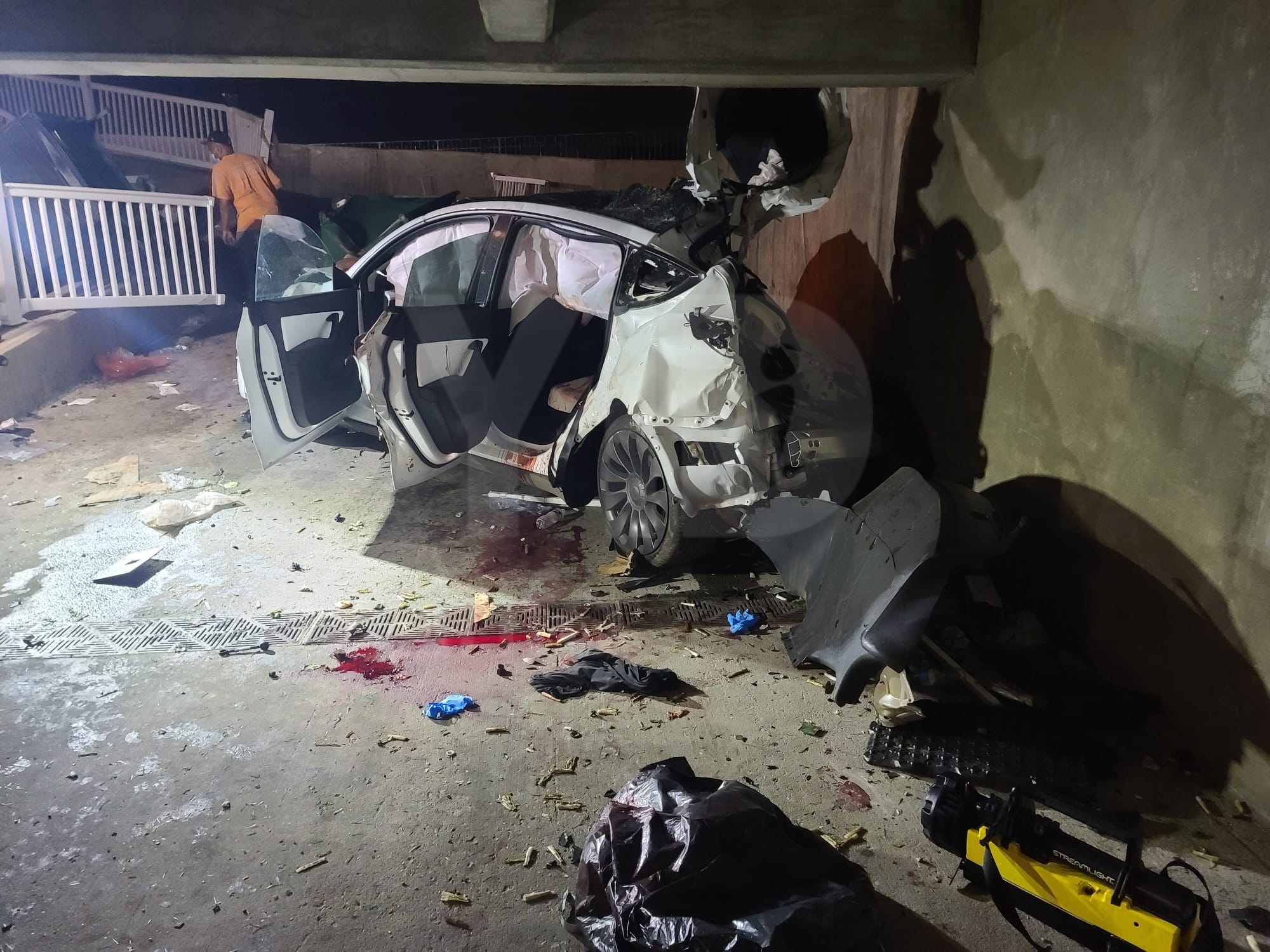 Mill Basen residents were woken to the tragic news when a frum 18-year-old boy was killed in a car crash in the Mill Basen neighborhood in Brooklyn.

The tragic incident happened on Thursday, just before midnight, when a group of five teenagers occupying a Tesla lost control when driving down National Drive with an attempt to turn onto Strickland Avenue were unfortunately, the driver lost control leaving four injured and one dead.

The car slammed into a front gate from a senior care facility after losing control of his car, leaving the vehicle flying in the air before slamming into a concrete wall – nearly landing in the water behind the house.

Paramedics from Hatzolah rushed to the scene where they found an 18-year-old male lying on the floor in traumatic arrest. EMTs administered CPR while Paramedics tried reviving the 18-year-old with several medications.

The 18-year-old passenger was transported by Hatzolah to Brookdale University Hospital, where, unfortunately, the aided was pronounced deceased.

The other four passengers were transported to local hospitals with non-life-threatening injuries.

Right away, Chesed Shel Emes and Misakim responded to the scene, where their members spent hours cleaning the blood from the victim to be able to bury it at the Levaya, while another group went to the hospital to ensure K’vod Hames.

The car remains on the scene where police are trying to put together the entire story.