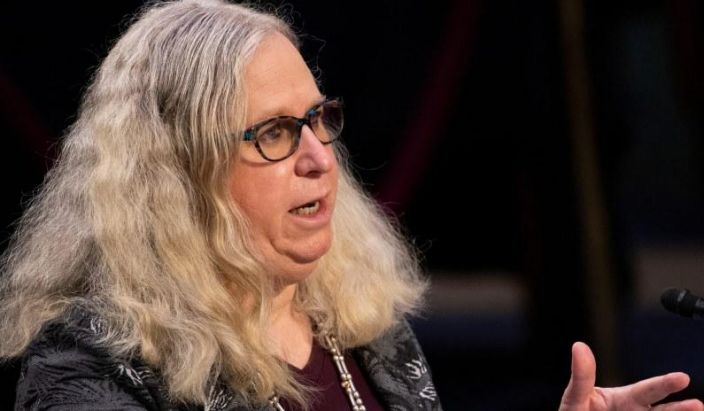 Jewish Doctor Confirmed By US Senate As Assistant Health Secretary

The US Senate on Wednesday confirmed former Pennsylvania Health Secretary Rachel Levine to be the nation’s assistant secretary of health. She is the first openly transgender federal official to win Senate confirmation and is now expected to oversee Health and Human Services offices and programs across the US.

Nominating her in January, US President Joe Bide cited Levine’s experience, saying she “will bring the steady leadership and essential expertise we need to get people through this pandemic — no matter their zip code, race, religion, sexual orientation, gender identity or disability.”

Levine had been serving as Pennsylvania’s top health official since 2017 and emerged as the public face of the state’s response to the coronavirus pandemic. A pediatrician and former Pennsylvania physician general, Levine was appointed as Pennsylvania’s health secretary by Democratic Governor Tom Wolf in 2017. She won confirmation by the Republican-majority Pennsylvania Senate. Considering it a major victory, transgender-rights activists have hailed Levine’s appointment as a historic breakthrough.

Few trans people have ever held high-level offices at the federal or state level, and for a reason. As it stands, one type of bill, introduced in at least 25 states, seeks to ban trans girls and young women from participating in female scholastic sports. One such measure already has been signed into law by Mississippi Governor Tate Reeves, and similar measures have been sent to the governors in Tennessee, Arkansas, and South Dakota. Another variety of bills, introduced in at least 17 states, seeks to outlaw or restrict certain types of medical care for transgender youths. None of these measures has yet won final approval.

Former Houston mayor Annise Parker, president of the LGBTQ Victory Institute, alluded to those developments as she welcomed the Senate’s vote on Levine.

“At a time when hateful politicians are weaponizing trans lives for their own perceived political gain, Dr. Levine’s confirmation lends focus to the contributions trans people make to our nation,” said Parker, whose organization recruits and supports LGBTQ political candidates.