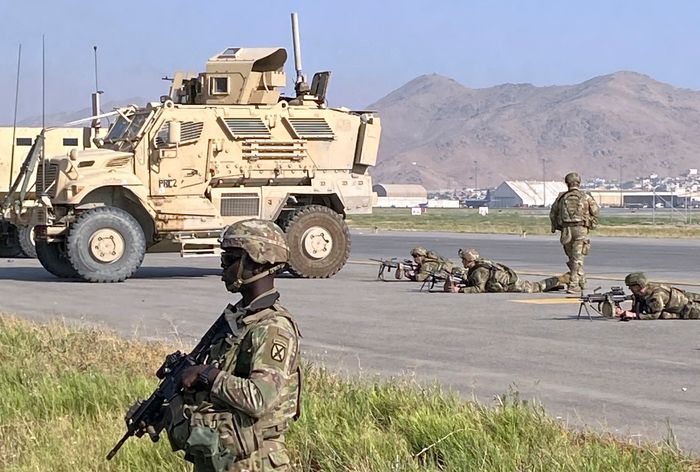 Troops To Stay In Afghanistan Until All Americans Evacuated

On Wednesday, President Joe Biden announced that US troops will continue to stay on in Afghanistan until all Americans are evacuated from the now Taliban-ruled country.

Claiming that the troops will stay even after the August 31st deadline if the evacuation isn’t complete, Biden said the U.S. will do “everything in our power” to evacuate Americans and U.S. allies from Afghanistan before the deadline. As it stands, up to 15,000 Americans remain in Afghanistan after the Taliban took full control of the nation this past Sunday.

As of now, senior U.S. military officers are talking to Taliban commanders in Kabul about checkpoints and curfews that have limited the number of Americans and Afghans able to enter the airport. Jake Sullivan, the current national security adviser also acknowledged reports that some civilians were encountering resistance — “being turned away or pushed back or even beaten” — as they tried to reach the Kabul airport.

On Wednesday, educated young women, former U.S. military translators and other Afghans most at-risk from the Taliban appealed to the Biden administration to get them on evacuation flights as the United States scrambled to evacuate enough people. To manage the evacuation process more securely, the State Department is sending John Bass, a former ambassador to Afghanistan, to manage the evacuation operation in Kabul.