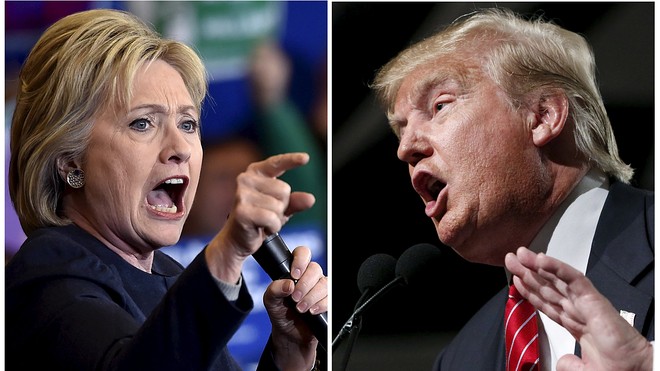 What can now be deemed as a massive blow to Democrats who had a hand in purportedly approving “a plan concerning U.S. presidential candidate Donald Trump and Russian hackers hampering U.S. elections” in order to distract the public from Hillary Clinton’s email scandal, President Trump has fully authorized the total Declassification of any & all documents related to the Russia investigation and the FBI’s investigation into former Secretary of State Hillary Clinton’s use of a private email server.

In a tweet on Tuesday night, President Trump commented, “I have fully authorized the total Declassification of any & all documents pertaining to the single greatest political CRIME in American History, the Russia Hoax. Likewise, the Hillary Clinton Email Scandal. No redactions!”

Following this tweet, the President later added, “All Russia Hoax Scandal information was Declassified by me long ago. Unfortunately for our Country, people have acted very slowly, especially since it is perhaps the biggest political crime in the history of our Country. Act!!!”

All Russia Hoax Scandal information was Declassified by me long ago. Unfortunately for our Country, people have acted very slowly, especially since it is perhaps the biggest political crime in the history of our Country. Act!!!

The president’s tweets come after Director of National Intelligence John Ratcliffe declassified documents that revealed former CIA Director John Brennan briefed former President Obama on Hillary Clinton’s political motive to falsely tie President Trump to Russia as “a means of distracting the public from her use of a private email server” ahead of the 2016 presidential election race.

As reported by Fox News, Ratcliffe said on Tuesday, “Today, at the direction of President Trump, I declassified additional documents relevant to ongoing Congressional oversight and investigative activities.” A source familiar with the documents explained that Brennan’s handwritten notes were taken after briefing Obama on the matter.

In a summary of Brennan’s notes published by Fox News, the matter read, “We’re getting additional insight into Russian activities from [REDACTED],” Brennan notes read. “CITE [summarizing] alleged approved by Hillary Clinton a proposal from one of her foreign policy advisers to vilify Donald Trump by stirring up a scandal claiming interference by the Russian security service.”

Nick Merrill, Clinton’s spokesperson, deemed the allegations baseless last week, and there have been no further comments from Clinton in the context of the contentious declassified documents.