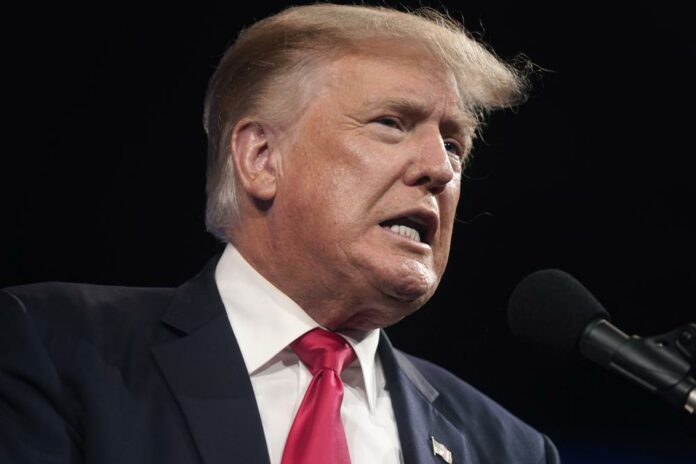 Trump calls the decision of N.Y. judge that he must testify under oath as a witch hunt

Former US President Donald Trump has cited the decision of a New York judge ordering him and his two children to testify within 21 days in a long-running state civil investigation into his business practices as an “unconstitutional Witch Hunt.”

“The people will not allow this travesty of justice to happen,” Trump wrote in an email statement.

“Remember, I can’t get a fair hearing in New York because of the hatred of me by Judges and the judiciary,” Trump added.

Sources said Trump’s legal team needs to decide if their client should invoke the Fifth Amendment, which is his legal right to avoid self-incrimination in the state’s investigation or risk hurting his case in the separate looming criminal probe run by the Manhattan district attorney’s office.

Meanwhile, David S. Weinstein, a former federal prosecutor said if required to testify, Trump would not be afforded “a blanket assertion” of his Fifth Amendment right but be required to invoke it “individually for each question that’s being asked”.