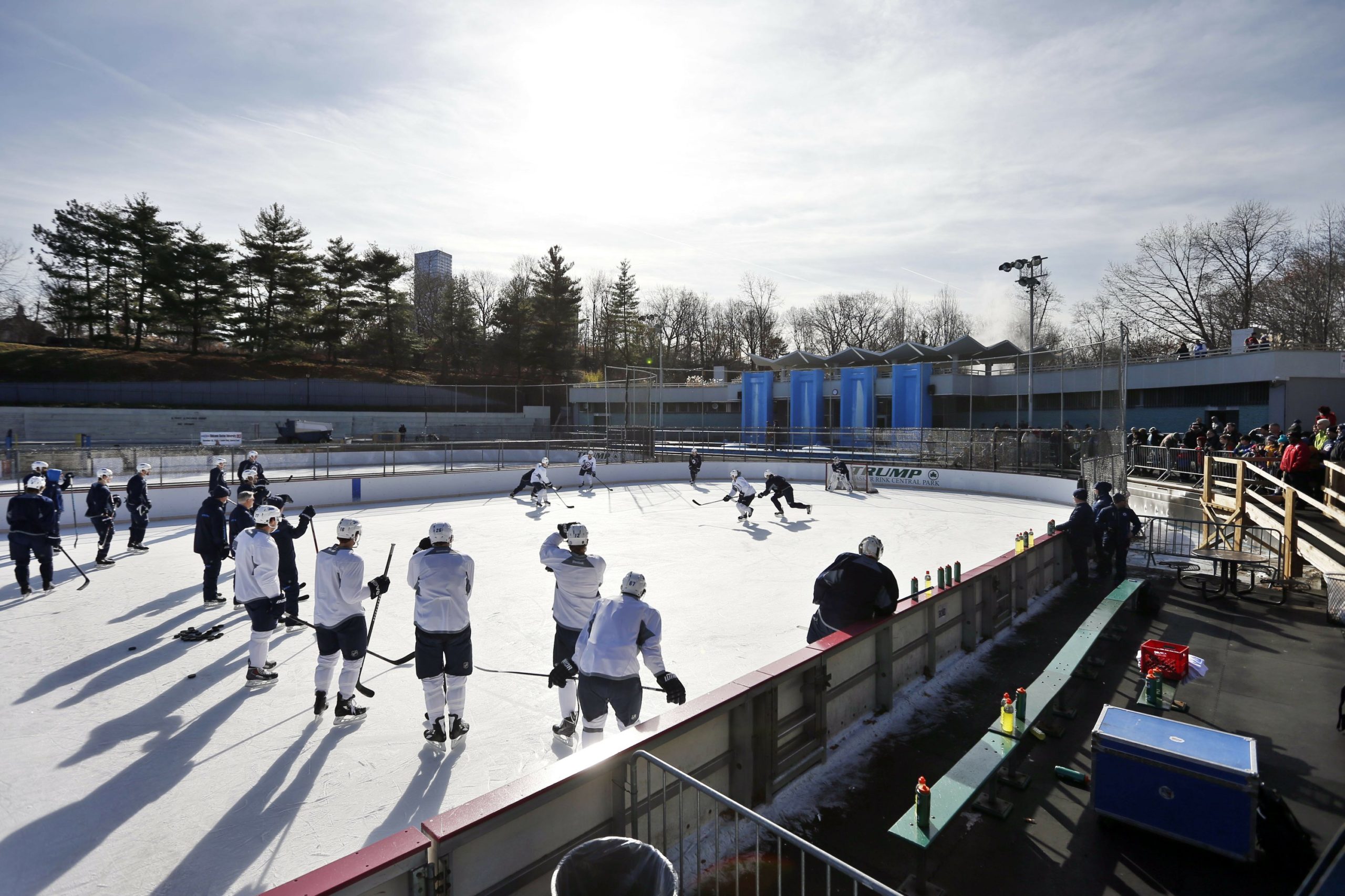 City Hall backtracked on Mayor Bill de Blasio’s plan to shut down two ice rinks in NYC which are owned by Donald Trump- all because of his political beef with the former President of the United States. The rinks were both set to be shuttered close yesterday.

On Sunday, City Hall held up citizens’ requests over Mayor de Blasio’s move to shutter Lasker and Wollman rinks in Central Park six weeks ahead of their typical April closing dates. De Blasio had announced last month he was nixing the city’s contracts with the Trump Organization, alleging then-President Trump had incited a riot at the Capitol.

On Sunday, Eric Trump cheered city hall’s decision to keep the rinks open. “@NYCMayor Mr. Mayor – Thank You for keeping Wollman and Lasker Rinks open — you’ve just made countless NYC families (along with our 250 employees) incredibly happy. This is a bright moment for New York and please know we appreciate it. I look forward to saying ‘thanks’ in person,” he wrote on Twitter. As it stands, Trump’s business group, run by his sons Donald Jr. and Eric, has operated the rinks for more than 30 years.

Speaking about City Hall’s decision, Press Secretary Bill Neidhardt told the NY Post, “New York City kids deserve all the time on the ice they can get this year. The Wollman and Lasker rinks will stay open under current management for the few weeks left in this season. But make no mistake, we will not be doing business with the Trump Organization going forward. Inciting an insurrection will never be forgotten or forgiven.”

The decision came after several disappointed skaters and families fumed at the decision for putting political vendettas above people’s interests. “The real people they’re hurting are the 2,500 children that have been benefiting from the skating program this season and 250 innocent employees who have been keeping this going for us,” said Lee Klausner, 49, who was watching her two daughters skate.

After the Mayor had announced the intention last month, Serena Sabet, a figure skater who practices at the rink, filed a petition to stop the rink from closing early, which garnered more than 1,700 signatures by Saturday afternoon.

As of now, the rinks will remain open, but it isn’t immediately clear if the rinks would remain open until April like in past years.