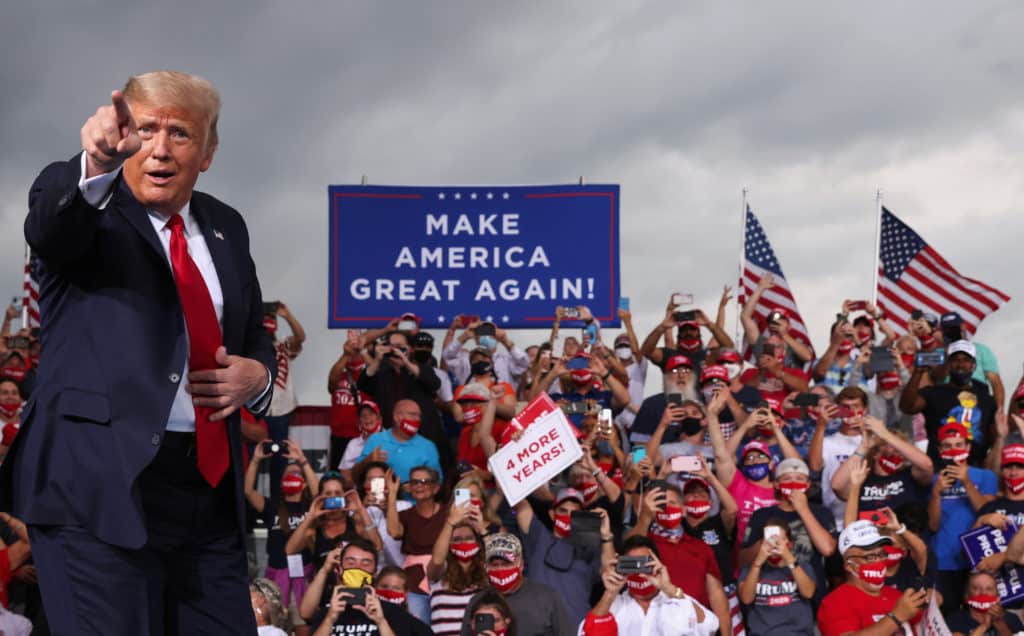 A State that has been quite the positive prospect for President Donald Trump since the 2016 elections, his rally on Thursday welcomed a wave of support as he promised more jobs for Americans. The President, in his address, attacked democratic candidate Joe Biden by claiming that if Biden were to win, American jobs would be sent overseas.

Michigan has been known to lend President Trump colossal support in the 2016 elections, with 11,000 votes, becoming the first Republican presidential nominee to carry the state since George H.W. Bush in 1988. Trump’s victory in Michigan helped him beat the Democrats and put him in the White House for his first term as President of the United States. This being said, Trump staged a key campaign rally in his run for the second term, knowing quite well, what Michigan wanted to hear.

Late Thursday, Trump told supporters at an airport hangar in Freeland. “I’m running for reelection to keep jobs in Michigan.” He further went on to attack Democratic challenger Joe Biden, calling him a “globalist sellout” who spent his entire career sending American jobs overseas. “Joe Biden sent your jobs to China,” Trump said, tightening his grip over the battleground state.

More than 5,000 supporters gathered at MBS International Airport near Saginaw for his rally yesterday, unfortunately keeping very little regard to social distancing. Trump’s campaign stop in Michigan followed Biden’s Wednesday visit to Detroit. Biden, in his visit, made a direct appeal to blue-collar workers who might have voted Republican four years ago but now regret it.

Over at Michigan, Trump used the event in his favor and went on to argue that Biden would be weak on trade and would possibly aim at pushing, which would not be fruitful for the country, citing the failures of NAFTA. Trump said the new trade agreement drafted by him (United States- – Mexico-Canada agreement), coupled with his decision to roll back fuel-efficiency standards put in place by then-President Barack Obama, had benefited the state’s auto industry.

According to USA Today, most polls show Biden leading in this year’s race, although some suggest Trump is closing the gap, giving Republicans optimism that he can carry the Wolverine State again.