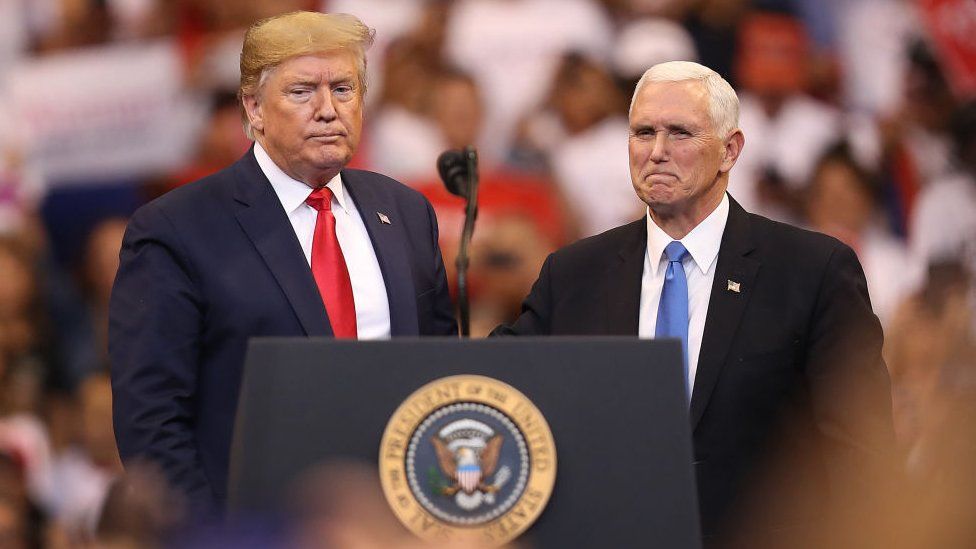 Trump Slams Pence For Not Trying To Overturn The 2020 Election

Going on a tirade against Mike Pence, Donald Trump slammed the former Vice President for not trying to overturn the election, saying that his unwillingness to defy his Constitutional duty led directly to every crisis the U.S. has since faced.

In a statement from his Save America PAC, Trump wrote, “Mike Pence told me, and everybody else, there was nothing he could do about the Electoral Vote Count – it was etched in stone. But if so, how come the Democrats and RINOs are working so hard to make sure there is nothing a VP can do. This was a major event because everybody ganged up and said that Mike had no choice, he could not send the slates back to the States (which is all I suggested he do) for possible retabulation and correction based on largescale Voter Fraud and Irregularities.”

He added, “This may have proven to an Election-changing event, so we would have no inflation, inexpensive gasoline, be energy dominant, have no war or largescale death with Russia and Ukraine (this conflict never would have happened), would have left Afghanistan on same timetable, but with dignity and strength, and would have kept Bagram Air Base, not had dead soldiers, taken out all American hostages, and would not have given the Taliban $85 billion worth of first-class military equipment,” Trump raged on.

“What a difference it would have made if the State Legislatures had another crack at looking at all of the Fraud, Abuse, and Irregularities that have been found. Our Country would have been a different place!” he concluded.