On Wednesday, Twitter confirmed that it was testing an all-new feature that will enable Tweets to include links to e-commerce product pages.

Twitter is currently working on a new card format for tweets, that will include a big “Shop” button and integrate product details directly into the post itself, including the product name, shop name, and product pricing. First spotted by social media consultant Matt Navarra, the new experience was tweeted out with screenshots of an original poster, based in Qatar, which featured the proposed new feature on an Android device. 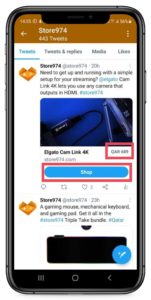 In his Tweet, Navarra described the feature as being a “NEW Twitter Card being tested for tweets containing links to product pages on a shop’s website

After speculations surrounding the new feature started rising, Twitter confirmed to popular tech portal ‘RechCrunch’ that the tweet is an example of a new treatment for “organic” tweets focused on e-commerce. The website also speculated that the new format could potentially come into play as part of Twitter’s larger push to become a creator platform, with its recently announced plans for a “Super Follow” subscription. 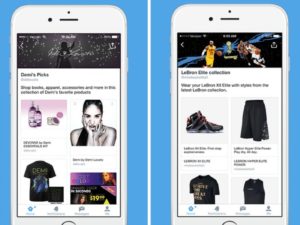 Another major hint could also be a comment made by twitter Revenue Lead, Bruce Falck during Investor Day last week. In his address, Falck claimed that “We’re…starting to explore ways to better support commerce on Twitter. We know people come to Twitter to interact with brands and discuss their favorite products. In fact, you may have even noticed some businesses already developing creative ways to enable sales on our platform. This demand gives us confidence in the power of combining real-time conversation with an engaged and intentional audience. Imagine easily discovering, and quickly purchasing, a new skincare product or trendy sneaker from a brand you follow with only a few clicks.”

This being held into account, a Twitter Card that points you directly to a product page could be just the start of what’s to come.“This is the first of many experiments in the commerce space and we will enrich the experience as we learn more,” a spokesperson said.