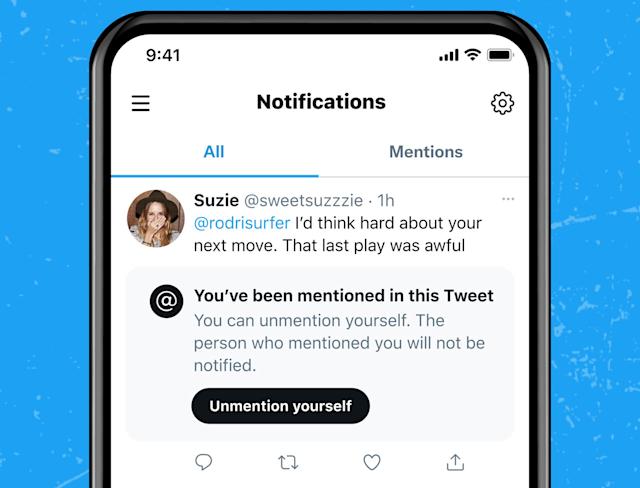 With swift changes after Elon Musk’s arrival as the largest shareholder, Twitter on Thursday announced that it is now experimenting with an unmentioning feature that is currently being made available to a few select users.

As it stands, the “unmentioning” feature that will allow users to remove themselves from conversations, which looks like a very useful way to clean up your mentions.

Twitter safety posted on its account, “We’re experimenting with Unmentioning—a way to help you protect your peace and remove yourself from conversations,” with a short GIF of what the feature will look like.

Twitter said it will also prevent someone from tagging the user again in the conversation, so there’s no risk of someone continuously re-mentioning.

Apart from the one tweet, the micro-blogging platform did not mention when the unmentioning tool might be available on the app.