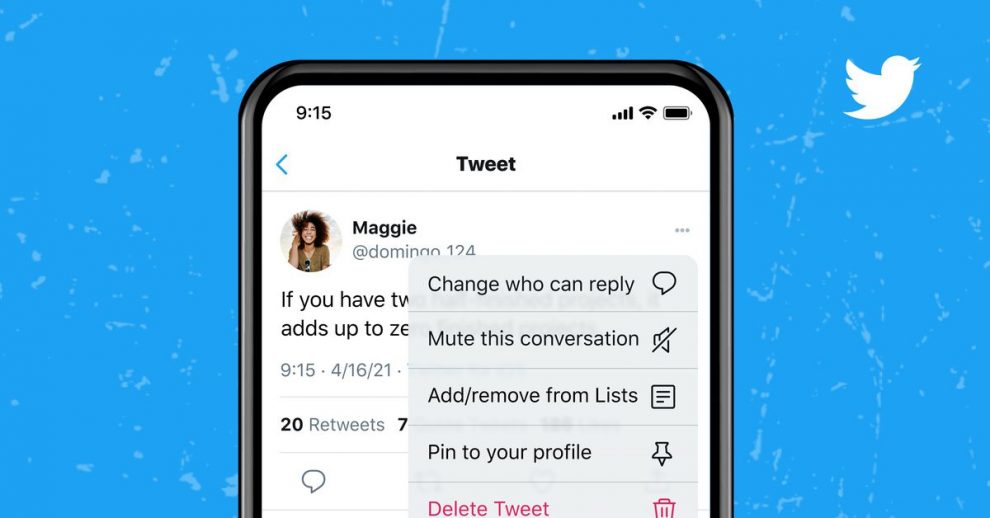 Twitter To Let Users Select Who Can Reply To Their Posts

On Tuesday, Twitter announced that it would now let users select who can reply on their Tweets when they post them. Twitterattis will now be able to change reply settings to their posts whenever they’d want to.

Earlier in August, users could already limit who replied to your tweets thanks to a feature that had rolled out at the time but users had to set that preference while writing the tweet. In this new update, on the other hand, users can change who can reply to their posts at a later time, which could be a helpful way to reduce harassment.

According to a post by Twitter Support last August, the company had announced that “Before you Tweet, you’ll be able to choose who can reply with three options: everyone (standard Twitter, and the default setting), only people you follow, or only people you mention. Tweets with the latter two settings will be labeled and the reply icon will be grayed out so that it’s clear for people if they can’t reply. People who can’t reply will still be able to view, Retweet, Retweet with Comment, and like these Tweets.”

And now, Twitter Safety posted an update, saying, “Your Tweets = Your space. Now you can change who can reply to you even after you Tweet.”

To change who can reply, click or tap the three-dot menu on a tweet and look for the option in the menu that appears. You can make it so that everyone can reply, only people you follow can reply, or only people you mention in your tweet can reply. The feature will be available globally on iOS, Android, and the web.