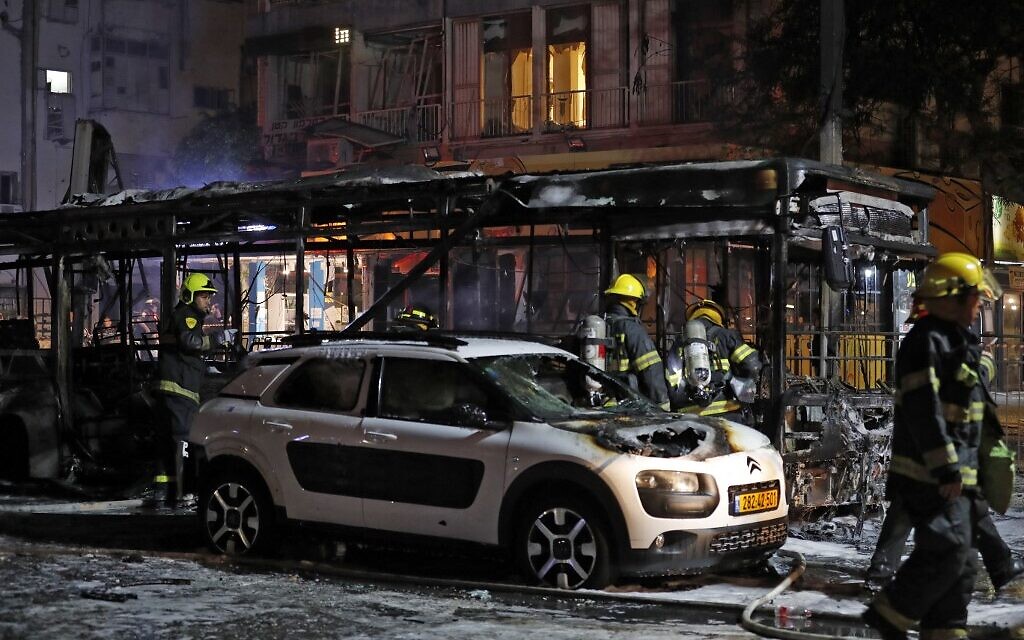 In a set of Palestinian rocket attacks on the Israeli city of Lod during the early morning hours of Wednesday, two people: a father and his teenage daughter were killed in the midst of the escalating violence between the two nations.

Earlier, on Tuesday night, sirens blared above Tel Aviv and surrounding areas as the Hamas and Islamic Jihad terrorist groups sent over 130 rockets at central Israel, killing a 50-year-old woman in Rishon LeZion.

According to local media reports, in Holon, south of Tel Aviv, two people were seriously injured and two others moderately injured, including a 5-year-old girl, after a direct hit by a rocket on a bus.

During Monday night and parts of Tuesday, Hamas fired one rocket every three minutes from Gaza. Two women were killed in an attack earlier Tuesday in Ashkelon, including a 32-year-old mother of one who was a citizen of India.

In retaliation, the Israel Defense Forces (IDF) said it had struck hundreds of terror targets in the Gaza Strip over the previous 24 hours, the largest such operation since 2014. Throughout Tuesday, the IDF continued a major offensive against Hamas forces in the Gaza Strip, killing the head of the Palestinian Islamic Jihad’s special rocket unit, and the head of Hamas’ anti-tank guided missile unit in Gaza City, among other members of the terrorist groups. “We will continue to attack extensively,” said IDF Chief of Staff Aviv Kochavi. “The terrorist organizations in Gaza will pay a more expensive price than they have paid so far and we are prepared to expand the campaign as needed.”

In response to yesterday’s attacks, Israeli Prime Minister Benjamin Netanyahu declared a state of emergency in the city of Lod.