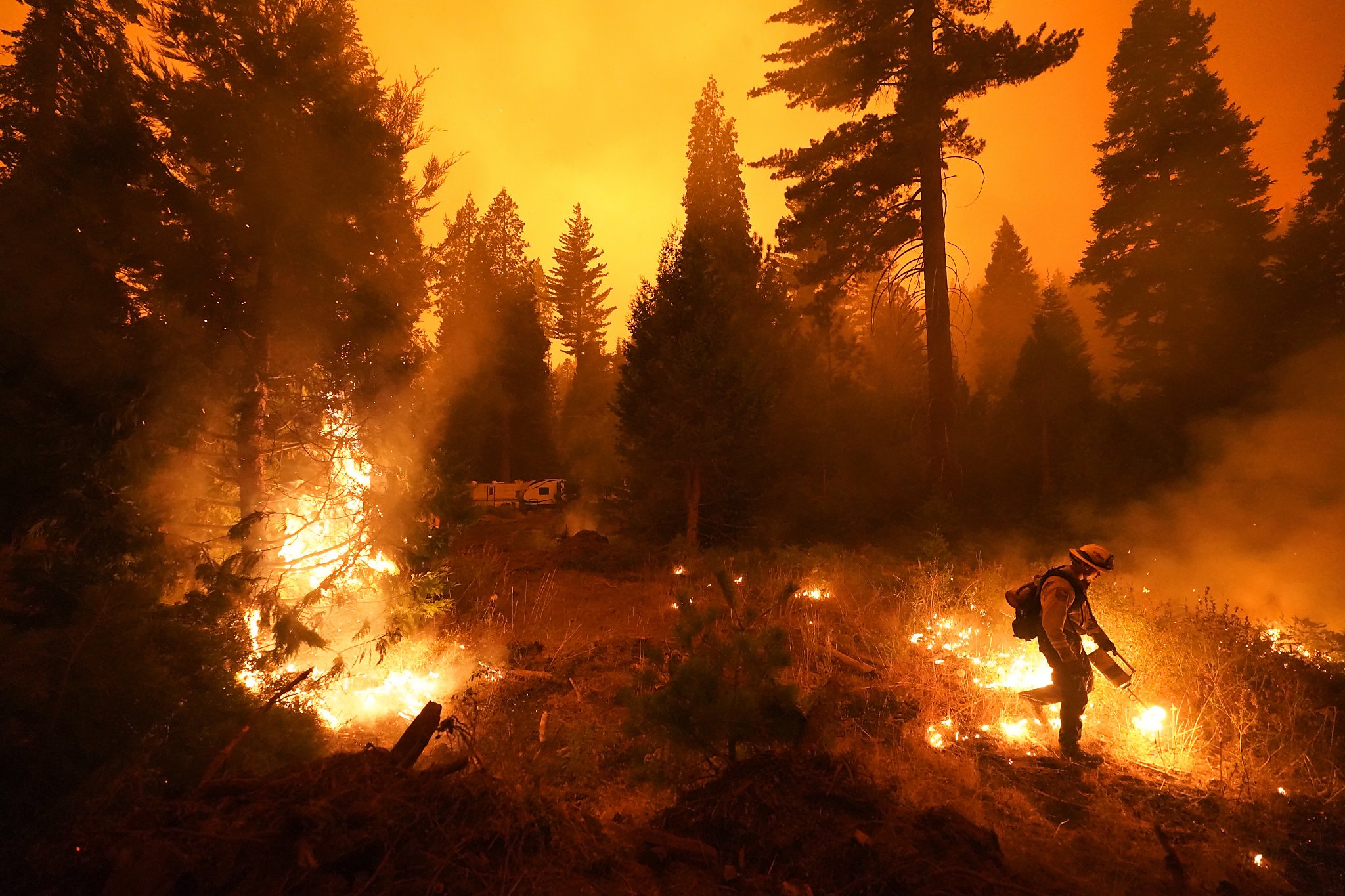 After a fleeting respite from the toxic pollution caused by the raging wildfires across the state, an unceasing heatwave led to a pair of new fires to break out in California on Sunday.

According to Cal Fire, the new, fast-moving Zogg Fire burned through 7,000 acres in less than five hours near Redding in Northern California, and the Glass Fire, which sparked early in the day in Napa Valley wine country north of San Francisco, had consumed more than 2,500 acres by evening.

On Sunday, the weather service said both Northern and Southern California would be exposed to “critical risks for fire weather’’ this week, especially since higher temperatures and stronger winds are expected to fan the fires. On Monday a planned power cut off was scheduled to have happened for 65,000 complexes and residences, mostly in the Northern and Central Sierra but also extending to parts of the San Francisco Bay Area, as a preventive measure to avoid igniting fires.

Suggesting that the air quality can be particularly bad for Sacramento, San Fransisco, people with respiratory ailments have been deemed especially susceptible to the harmful air. John Watson, a research professor of air quality science at the Desert Research Institute in Reno, Nevada, claimed, “The adverse health effects from the polluted days are typically short-lived unless they aggravate an already underlying condition such as asthma or COPD (chronic obstructive pulmonary disease).’’

Currently, the August Complex Fire continues to burn about 130 miles north of San Francisco. Recorded as the largest wildfire in state history, this inferno has charred more than 873,000 acres and was a major contributor to the dangerous air quality state residents were exposed to for days about three weeks ago and the Mars-like orange skies over the Bay Area on Sept. 9.

Los Angeles, Sacramento, Fresno, and San Jose are expected to reach or triple-digit temperatures this week, further creating fertile ground for the fire to spread.