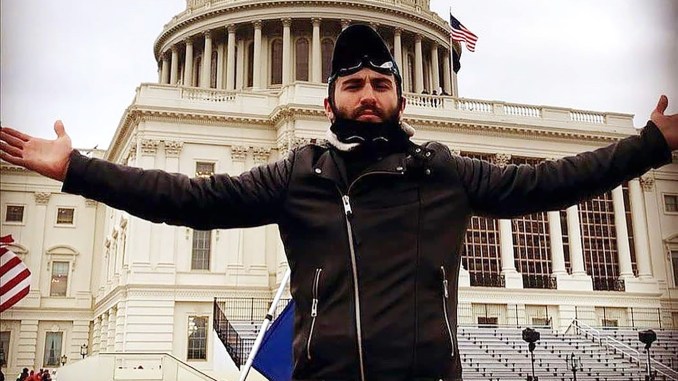 In the latest development related to the Capitol Seige that occurred on January 6th, apart from 125 arrests, two New York men have been detained for their involvement in the violent display.

Brandon Fellows and Edward Jacob Lang were arrested this weekend on charges related to the Jan. 6 violet insurrection led by supporters of President Donald Trump at the U.S. Capitol. Fellows, 26, was arrested Saturday night by agents from the FBI’s Albany office, and Lang, 25, was arrested by FBI agents Saturday at his home in New York’s Hudson Valley.

“Decisions have consequences,” William Sweeney Jr., the assistant director in charge of the bureau’s New York field office, said in a statement posted on Twitter. “Edward Lang is in custody for the ones he made during the assault on our Capitol.”

The two men were reportedly identified from their social media handles, wherein Fellows posted a video of himself with his feet propped up on a U.S. senator’s office table and Lang wrote “THIS IS ME” on an Instagram photo of rioters attacking Capitol police officers.

“I was the leader of Liberty today. Arrest me. You are on the wrong side of history,” Lang captioned a video he posted. In another video from the insurrection scene, Lang swung a baseball bat at police officers, striking at least their shields, prosecutors said.

Meanwhile, Fellows, a former grocery store worker who has said he lives in a converted school bus, posted a video on Snapchat showing his feet propped on a table in the office of Sen. Jeff Merkley, an Oregon Democrat. “This one is going to get me incriminated,” Fellows told a Bloomberg News reporter. Fellows is charged with entering a restricted building without lawful authority and disrupting government business. Lang is charged with assaulting an officer, civil disorder, and other crimes.

The two New Yorkers are among more than 125 people to get arrested with links to the January 6th US Capitol siege, wherein protesters supporting President Trump and his notion of unfair and rigged elections had wreaked havoc- both inside and outside the building, leading to the death of 5 people.