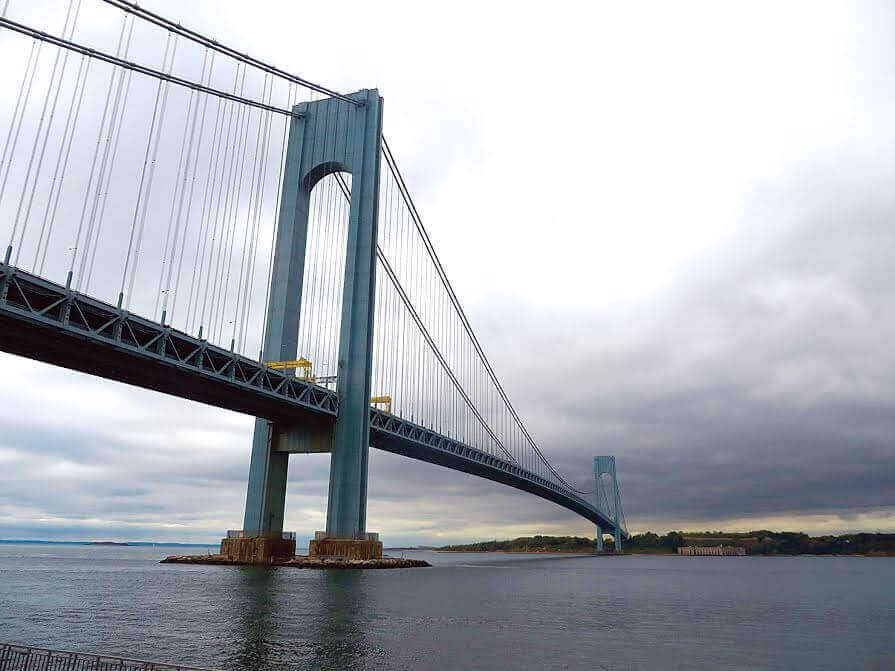 The decision to levy two-way tolls for all vehicles traveling on the Verrazzano Bridge in New York will go into effect today, that is, the 1st of December, following the MTA’s November announcement.
Bringing the 35-year old two-way toll back to the famed Brooklyn bridge, the MTA in early November announced that as of Dec. 1, commuters on the Verrazzano-Narrows Bridge will be tolled in both directions. Today onwards, most Verrazzano drivers who use E-ZPass will pay $6.12 in both the Staten Island and Brooklyn directions, and all other drivers will pay $9.50. Staten Island residents will only be charged $2.75 to cross the bridge in either direction, however. The Staten Island-bound toll was previously $12.24 with E-ZPass and $19 for everyone else, which will change starting today. Motorists will not be charged any more under the split tolling plan than they currently are under one-way tolling.

Known to be the highest toll across the country, the 1986 move to exempt the toll prevented an estimate of 7,000 daily drivers to opt for a toll-free route through Manhattan, clogging up the Brooklyn-Queens Expressway and Manhattan’s Canal Street. The new split-tolling is expected to reduce the number of vehicles cutting through Staten Island by 7,000 per weekday, using pre-pandemic numbers. The Verrazzano is among the busiest bridges in the country, logging more than 215,000 vehicular crossings on weekdays prior to the pandemic.
In a statement following the decision in November, MTA Chairman Pat Foye said, “The restoration of split tolling will end a 30-year loophole in New York City that will help alleviate congestion on Staten Island while improving the environment and delivering a modest benefit to the bottom line of public transportation during an unprecedented fiscal crisis.”

“Just as we did three years ago during the transition to open road tolling, we are going to ensure the transition back to split tolling at the Verrazzano is as smooth and seamless as possible,” said Daniel F. DeCrescenzo Jr., president of MTA Bridges and Tunnels.“With our current open road tolling technology, motorists will see little to no change in traffic flow as they travel under the new eastbound tolling gantries,” he added.
This being said, the implementation of split tolling is expected to net the MTA an estimated $10 million in additional annual revenue. The move is also expected to correct the daily directional vehicle imbalance on the Verrazzano-Narrows Bridge, decreasing eastbound traffic while increasing westbound traffic, with drivers no longer incentivized to only use the span in the uncharged direction.