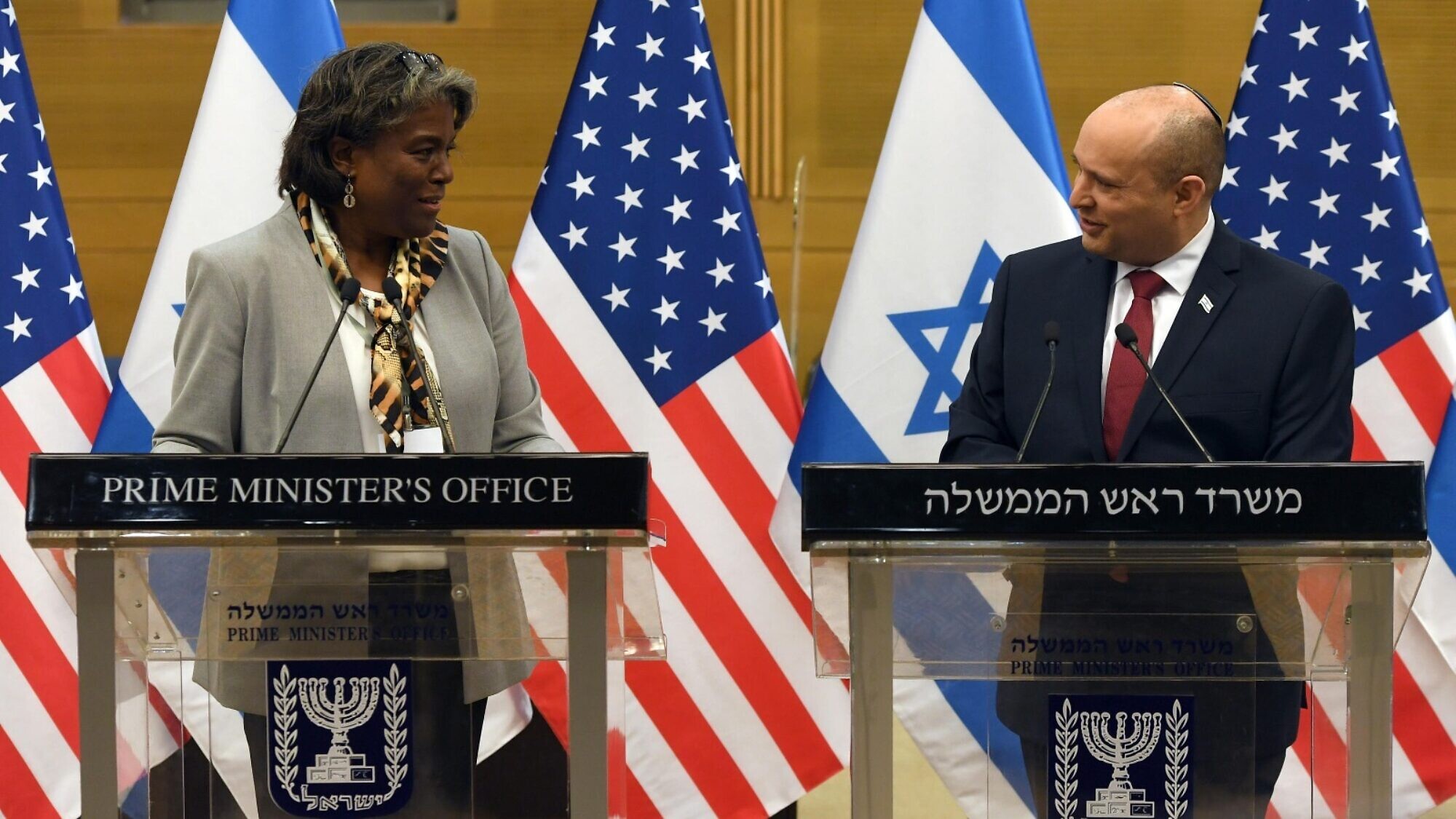 After the set of meetings, Thomas-Greenfield took to Twitter and wrote, “Honored to see @IsraeliPM @NaftaliBennett again today in Jerusalem. We discussed our close cooperation at the @UN working to combat anti-Semitism and anti-Israel bias, and our approach to shared regional threats.”

The ambassador’s meet came amid concerns regarding the upcoming round of talks in Vienna over America’s attempt to re-enter the Iran nuclear deal. U.S. Special Envoy Robert Malley was also in Israel on Monday to consult with Israeli officials ahead of those talks.

Meanwhile, the Israeli Prime Minister’s office released a statement where Bennett thanked Thomas-Greenfield for “representing a voice of decency and reason in an institution that I think we can both objectively say is pretty biased in terms of its treatment of Israel. I hope that during your visit here you can get a better picture of the unique challenges that we’re facing here, you know, with Iranian-backed terror groups across our borders you’ve always been standing up for us, you and the United States, throughout the years, standing on Israel’s side and serving as a voice of truth.”

During her visit, she also visited Yad Vashem—her first visit to the Holocaust memorial. “I was deeply moved by my first visit to @YadVashem. Thank you to all those involved in creating this institution devoted to Holocaust remembrance and education, and to combat Holocaust denial and distortion.”