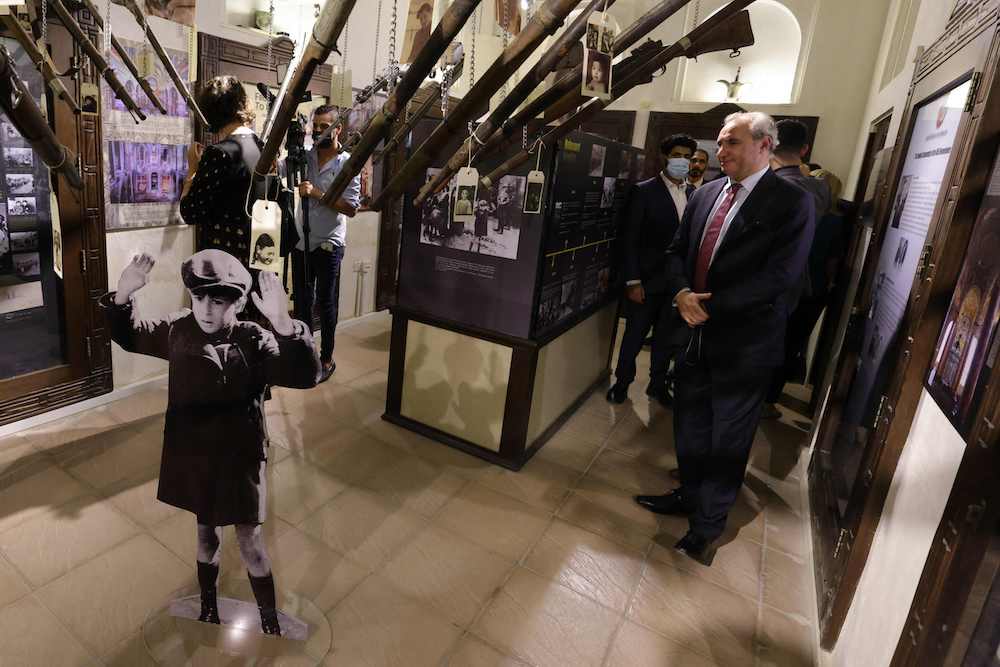 Thanks to normalization in relations between Israel and the UAE, the Arab Gulf country has now become the first in the region to debut an exhibition about the Holocaust that also aims to raise awareness about anti-Semitism amid an increase in hate crimes against Jews worldwide.

With strong cultural ties, UAE has now given way to the ‘We Remember’: Holocaust Memorial Gallery” at Dubai’s Crossroads of Civilizations Museum, which is an exclusive exhibit that features the chain of events leading up to the Holocaust and uses personal stories, many of which come from Jews in the Arab world. There is also a special tribute to Arab heroes who defended and saved Jews.

In a statement regarding the ongoing instances of assault on Jews worldwide, the museum’s founder, H.E. Ahmed Obaid Al Mansoori, said “we are concerned about the rise in anti-Semitism in Europe, the United Kingdom and the United States. By teaching and informing our visitors about the Holocaust, we will create more awareness about the danger that this negative rhetoric and resulting actions can lead to. As a leading cultural institution in the UAE, it is very important to us that we focus on educating people about the tragedies of the Holocaust because education is the antidote to ignorance.”